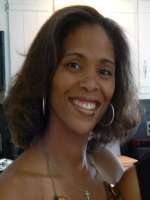 She was born to Dr. Bernard and Lois Watson, who survive her, on January 28, 1968 in Philadelphia, PA.  Barbra received a BA degree in Political Science from Northwestern University in 1990 and a JD from the Washington University (St. Louis) School of Law in 1993.  She also studied international law in Cuernavaca, Mexico.  She lived in France on two occasions and was fluent in French and Spanish.

Barbra was an attorney who held positions at the US Department of Housing and Urban Development and at New York University’s Department of African and African-American Studies.  She was a law clerk at the US Court of Appeals for the Third and Eighth Circuits as well as a consultant for LexisNexis, a member of the Reid Elsevier Group of Companies.  Barbra also ran her own event planning business, “The Fete Group”, before leaving the workforce to raise her daughter and dedicate herself to philanthropy.

Barbra was a passionate advocate for women’s health.  She was a board member of the Central and Northern Arizona Affiliate of the Susan G. Komen Foundation, the Phoenix Affiliate of Dress for Success, a founding member of the Coalition of Blacks Against Breast Cancer (CBBC), and an American Heart Association Ambassador.  One of Barbra’s proudest achievements was her composition of “Life In The Cancer Lane” – a compilation of stories of breast cancer survivors that she lived to see brought to life on stage only weeks before her passing.  Barbra was a proud member of Alpha Kappa Alpha Sorority, Inc. (Silver Star), The Links, Inc., Jack and Jill of America, and The Junior League.

Loved by many, Barbra is survived by her husband, Brendon Riley, her daughter, Blayre, and her brother, Bernard Watson, Jr. (DeLesia).  Barbra is also survived by one aunt, Helen Imes (Wayne), two cousins, Wiley Kyles (Barbara) and Leigh Jones, her father and mother in law, Ronald and Adrienne Riley, one brother in law, Terence Riley (Hilma), one sister in law, Kristin Riley-Freeborn, six nieces and nephews and was an “auntie” to many more young people.

Barbra’s life was celebrated this weekend in a private ceremony.

In lieu of flowers, The family requests that donations be made either to The Links Foundation, which will be redirected to the Coalition of Blacks Against Breast Cancer (tax deductible – make checks out to The Links Foundation, specifying “In support of CBBC” in the memo line and mail to the Phoenix Chapter of The Links, Inc., PO Box 67237, Phoenix, AZ 85082), or to Barbra’s family (non-tax deductible) via her blog, http://pinkwellchick.com/donations.

Offer Hugs From Home Condolence for the family of RILEY, BARBRA WATSON