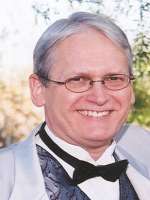 Our beloved Stephen left this world peacefully in the early hours Wednesday, May 4th, 2011 at the age of 62. He was born November 25th, 1948 in Bakersfield, CA to Harvey and Arlene Ritchie. Stephen was raised in a large family that included five siblings. Many memorable times were spent at the family cabin in Camp Nelson. Stephen completed his undergraduate degree at the University of California Santa Barbara. He attended medical school at Universidad Autonoma de Guadalajara Medical School and graduated from the University of California Medical School at Irvine in 1978. Internship and Residency were completed at Good Samaritan Hospital and Medical Center in Portland, OR. Stephen moved to Arizona in 1981. A highly respected member of the medical community, he was on staff at Scottsdale Healthcare Osborn and served in numerous positions, including six years as Chairman of the Department of Medicine, four years as Chairman of the Credential Committee and, most recently, serving as President Elect, President and Past President of Medical Staff. Stephen was also recognized five times over by Phoenix Magazine as a “Top Doc” and Best Doctors in America 1998-2010. A great listener, Stephen was dedicated to his patients always showing compassion, sensitivity and a gentle humor. In 2000 Stephen met his love, Julie. They married in 2002 blending their families. A humble man, Stephen’s passions were simple: family, friends, books, the outdoors, flannel shirts and a good scotch. Later in life Stephen discovered his talent for music, learning to play the viola and performing with the Scottsdale Community College Orchestra. Stephen is survived by his wife Julie Cirelli, children Parker Hall-Ritchie, Taylor Hall-Ritchie, Landwyn Hall-Ritchie, and his “sunshine” grand-daughter Hailey, step-daughters Marissa and Corinne Klapper, siblings Michael Ritchie, Kathleen Stevenson (Allen), Mary Anne Ritchie, Leanne Belden (Scott), John Ritchie (Amy), numerous nieces, nephews and extended family. Stephen was deeply loved and will be missed by all whose lives he touched. Visitation will be held Tuesday, May 10th from 5-8pm at Whitney & Murphy Funeral Home, 4800 E. Indian School Rd., Phoenix, AZ. Funeral Mass will be held Wednesday, May 11th at 1pm at Our Lady of Perpetual Help Church, 7655 E. Main St., Scottsdale, AZ. Reception immediately following. In lieu of flowers, the family requests donations be made to the Scottsdale Healthcare Foundation. 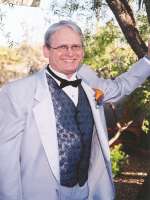 Offer Hugs From Home Condolence for the family of RITCHIE, STEPHEN R. MD