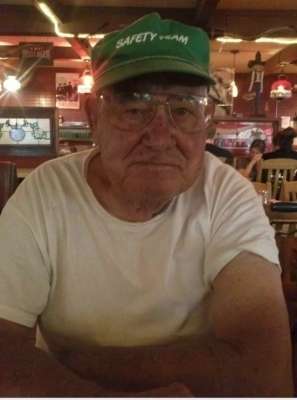 83, of Phoenix passed away peacefully on December 15, 2015. He is survived by his daughter Mary Helen, sons Frank, Larry and Louis, and numerous grandchildren and great-grandchildren. Bernardo is preceded in death by his wife Ernestine and his daughter Yolanda. Bernardo was a great man that was loved by his family and friends and will be greatly missed. A Visitation will be held from 6:00 – 8:00 PM with a Rosary at 7:00 PM, Thursday, December 17, 2015 at Whitney & Murphy Funeral Home, 4800 E. Indian School Road, Phoenix. Funeral Mass will be at 9:00 AM, Friday, December 18, 2015 at Sacred Heart of Mary Catholic Church, 1421 S. 12th Street, Phoenix. Interment to follow at St. Francis Catholic Cemetery.

Offer Hugs From Home Condolence for the family of RIVERA, BERNARDO “LALO”