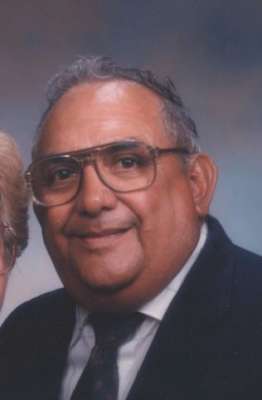 Peter A. Rivera passed peacefully Wednesday, March 19, 2014 at the age of 83 in Chandler, Arizona. Preceded in death by Eva, his wife of 55 years. Beloved father of Peter Jr.(Barbara) , Ralph (Liz), and Cathy McAllester. Survived by many loving grandchildren: Gus, Amy, Grace, Sam, Christine, Alex, Michael, and one great granddaughter, Adena. He is also survived by his sister Josephine Delfino and other family members. Peter was also preceded in death by sister, Margaret Garcia, and brother Ralph Rivera.  Pete was born in Ray, Arizona on August 1, 1930. He graduated from Ray High School. He served in the army during the Korean War.  He worked as a mechanic for 32 years and retired from Kennecott Copper Corporation. Viewing will be from 8:30-9:15am, Tuesday, March 25, 2014 at Whitney & Murphy Funeral Home, 4800 E. Indian School Road, Phoenix. Funeral services will follow at Ss. Simon and Jude Cathedral, 6351 N. 27th Avenue, Phoenix with Rosary at 10am and Mass at 10:30am.  Funeral procession will reunite at 12:30pm at the National Memorial Cemetery of Arizona, 23029 N. Cave Creek Road, Phoenix.

Offer Hugs From Home Condolence for the family of RIVERA, PETER ALEXANDER