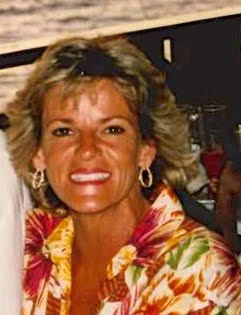 Sherry Lou (Mitchell) Robertson, a lifelong resident of Phoenix, Arizona, died in the early morning hours, on June 12, 2019. Her devoted husband of 38 years, Rick Robertson, was at her side.

Sherry was born in Broken Arrow, Oklahoma on August 19,1950 and moved to Arizona when she was just an infant. Sherry attended the Madison Elementary School and was a student at Camelback High School for two years before transferring to Sunnyslope High School and graduating in 1968. Sherry married her high school sweetheart, Stephen Schwichtenberg. And while the marriage did not last, it gave Sherry her first beautiful daughter, Amy Beth Schwichtenberg. Sherry was a natural born mother and it was a role that served as her greatest passion in life.

In 1974, Sherry opened her own business, Sherry’s Plaster Palladium, located in the then-new Metrocenter. Sherry thrived as a female entrepreneur and working mother, long before such roles were fashionable. She ran her store with heart and she cultivated close relationships with all her customers.

Sherry was a strikingly beautiful, brown-eyed woman, who enjoyed nightclubs and dancing, and she had no shortage of suitors. But one night in 1976, at TGI Fridays, Rick, a 6’4”, dark haired steel salesman from San Pedro, California, had the nerve to walk up to Sherry. While the independent Sherry was initially not so charmed by Rick, he eventually succeeded in winning over the hand of the woman who would become the love of his life. The two married, surrounded by snow-capped Red Rocks, at the Chapel of Tlaquepaque in Sedona, Arizona. Like the lyrics of their wedding song, their love was ageless and evergreen and only grew stronger as the years passed, and their family expanded by two daughters, Rachel Leigh Robertson and Courtney Nicole Robertson.

In 1983, Rick and Sherry put every penny together to buy their forever home, a fixer-upper in Arcadia. It would take over a decade, but Sherry ultimately turned their house into a home that the pair lovingly referred to as the Casa de Ninas. Sherry and Rick lived there for the next 36 years, creating countless memories. Sherry filled the walls of the house with music that she played from morning to night. Sherry also enjoyed cooking and the family gathered together every night around the dinner table to share laughs and reports about their days. Sherry loved her role as a mother, always doing crafts with the girls, being involved in school activities, going shopping, and doing their makeup for school dances. Sherry had a magical way of making everything special and she particularly loved the different holiday seasons.

Sherry was active and a natural dancer who enjoyed going to Jazzercise, where she met many of her lifelong friends. Sherry and Rick loved traveling with their girls, and they spent many summers in Newport Beach, California. They also frequently returned to that tiny chapel where they were married in Sedona. And each fall, Sherry and Rick would travel together to Maine, Sherry’s favorite place, to see the changing of the leaves and eat lobsters (her record was 13 lobsters in one week!).

Sherry was, in all senses, a force to be reckoned with, she was larger than life, and she gracefully balanced her role as a quintessential housewife, with a fiercely independent streak. She will be missed for her contagious laugh, irreverent sense of humor, warm personality, and how she lit up any room she walked in. Sherry was loved beyond measure, without condition, and she and Rick were soulmates. Love and laughter is Sherry’s legacy and she will be greatly missed by Rick, and her daughters Amy Whyatt, Courtney Robertson and Rachel Molina (Emiliano). Sherry is survived by three siblings, Bill Mitchell (Kathy) of Peoria, Arizona, Dennis Mitchell of Priddy, Texas, and Maureen Mitchell of Peoria, Arizona. Sherry was blessed with four Grandchildren, Mitchell Whyatt, Mateo, Leo and Milo Molina. And very recently, Sherry had the great joy of meeting her first great grandbaby, Maximus Lee Whyatt.

A Celebration of Sherry’s life will be held at her favorite restaurant, El Chorro, for close family and friends in the next few weeks. Donations in Sherry’s memory can be made to Hospice of the Valley.

Offer Hugs From Home Condolence for the family of ROBERTSON, SHERRY LOU