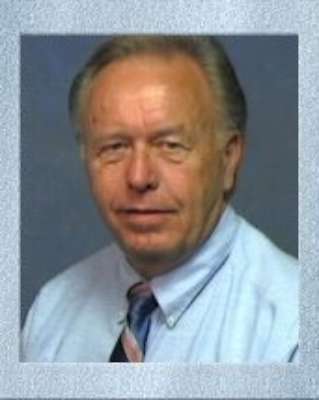 Howard grew up in Iowa, Illinois and Arizona. Howard graduated from Scottsdale High school in 1959 and joined the U.S. Army where he proudly served his beloved America until 1962. He loved to tell stories about how cold it got at the Thule AFB in Greenland and how the early warning system locked onto the moon thinking it was a Russian missile causing the SAC to scramble fighter jets while he was stationed in Thule.

After his military service Howard returned to Iowa where he met the love of his life, Elaine H. Morgan from Prairie City, Iowa. They met at the Knoxville Nationals and they were off to the races… if you could imagine that. On January 26, 1963 Howard and Elaine were married in Sioux Falls, South Dakota, in Minnehaha County and, as Elaine would say, they had many Minnehahas thru the years!!! By December 1963 they had a bundle of joy as Robbie came along just in time for Christmas. They moved around a few times living in Iowa, California and finally settling down in Arizona.

After moving to Arizona in 1982 Howard found his calling in the medical transportation industry as the General Manager of Professional Medical Transport (PMT). Howard eventually acquired his own ambulance company, EMTI DBA American Ambulance and ventured out on his own. Howard went on to own and operate several medical transportation companies and related support services over the years. Howard enjoyed transporting patients and listening to them as they told him their life stories. Howard branded all of his companies under the “American” banner because he loved everything about this great country, especially American bald eagles. Howard soared as “Eagle One” (his dispatch call sign) until his retirement. Howard was a member of the American Legion.

Howard was preceded in death by his parents, brother Earle “Skip” and sister Marion (Severance). Those left to honor his memory are his wife of 54 years, Elaine, son Howard W. “Robbie” (Michelle), 3 grandchildren Wayne (Chey), Taylor (Alissa), Sarah and 2 great granddaughters Charlotte (Taylor) and Chloe (Wayne). Howard is also survived by his brother Jerry (Sally) of Springfield Missouri and a multitude of loving nieces, nephews and cousins.

Visitation will be from 6:00 – 8:00 P.M., Thursday, July 06, 2017 at Whitney & Murphy Funeral Home, 4800 E. Indian School Road, Phoenix.
A Graveside Service with Military Honors will be conducted by Pastor Dave Schmidt of Christ Church Lutheran at 9:15 A.M., Friday, July 07, at the National Memorial Cemetery of Arizona; 23029 North Cave Creek Road, Phoenix. The cemetery will be on the right side of the road. Continue north to Pinnacle Peak Road & turn right. Main entrance is will be on the right side. Once inside, you will see an electronic sign on your right that will direct you to the shelter for the service.

Isaiah 40:31
…but those who hope in the Lord
will renew their strength.
They will soar on wings like eagles;
they will run and not grow weary,
they will walk and not be faint.

Offer Hugs From Home Condolence for the family of ROBINSON, HOWARD D.