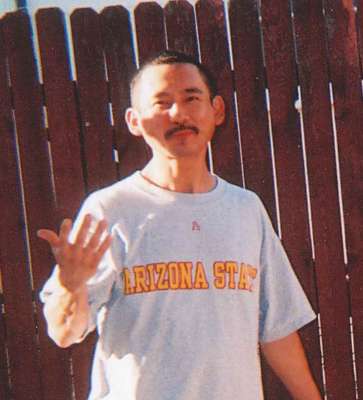 Antonio S. Rodriguez, 48 of Phoenix passed away Aug. 6, 2015. Born in El Centro, CA and moved to Phoenix where he graduated from Alhambra High School in 1985. He worked as a meat cutter and loved to have fun with friends and family. Tony never married or had any children but enjoyed his two nieces and spent time with them often. He was preceded in death by his mother Yoko, father Santos and brother Santos (Henry). He is survived by his sister Delia (Michael) Anderson and two nieces Jacquelyn and Rebequa Anderson. Tony was loved and will be missed by many. Funeral Service will be held August 20, 2015 at 10:30 a.m. at Whitney & Murphy Funeral Home, 4800 E. Indian School Road, Phoenix, AZ 85018.

Offer Hugs From Home Condolence for the family of RODRIGUEZ, ANTONIO S.