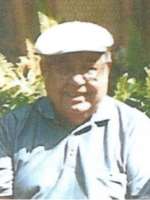 On March 26, 2012, Oswald “Rod” “Lalo” Rodriguez reunited with the love of his life, Lydia, his wife of 56 years, as he peacefully entered eternal life. Besides dancing in heaven with his beautiful Lydia, he joins his parents, Oswald and Rena, brothers Daniel, Richard and Frank, and sisters Julia and Alice. He remains forever a beloved Dad to Cathy (Jim) Yockey, Julie (Doug) Bauguss, Karen Rodriguez, and Davey (Amber) Rodriguez, a devoted grandpa to Lydia DeFlorio, Melissa (Paul) Williams, D.J. DeFlorio, Jen Buchanan, Jeffery Weigandt, Lacey Weigandt, David Bauguss, Michael Rodriguez and P.J. Rodriguez, proud great grandpa to Tayler, Brianna, Gage, Colten and Kaylie and cherished uncle to several nieces and nephews. Born on September 14, 1932 in Phoenix, AZ, Dad’s journey through life from his early years as a paperboy at the State Capitol to his retirement from OSI as Fraud Investigator provided countless adventures characterizing his role as the best storyteller around. His uncanny wit, gifted woodworking, delicious tamales, crazy hat collection, and Christmas celebrations brought enjoyment to many but it was his love for family and friends that he will be most remembered. Dad taught us to laugh often, work responsibly, play hard and love well. He will be missed by all who were part of his life. A celebration of Dad’s life will be held on Thursday, March 29, 2012 beginning at 6pm at Whitney & Murphy Funeral Home, 4800 E. Indian School Rd., Phoenix, AZ. In lieu of flowers the family is asking for donations to Hospice of the Valley, who so lovingly cared for dad and the family through the latter days of his life. We love you forever Dad, Daddy, Pops and Grandpa. 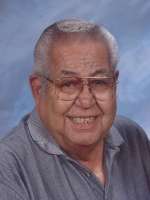 Offer Hugs From Home Condolence for the family of RODRIGUEZ, Oswald