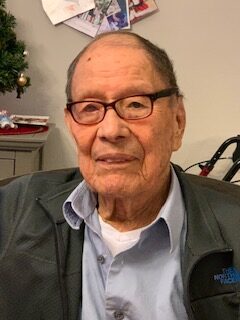 Ramon was born May 6, 1929, in the small mining community of Minas Nuevas in the State of Chihuahua, Mexico.

Having lost his father before the age of 10, Ramon found small jobs to help his mother provide and care for his younger siblings. It was because of this that Ramon would always be there to help friends and family by opening his home to them. He came to the United States as a teen and quickly found work spending the next several years in the railroad, construction, and agricultural industries to continue to help his mother, siblings, nephews and nieces. In the late 1950’s he took a construction job in Phoenix, it was during this time he met his future wife Blanca, fell in love and finally set roots to start his own family.

Ramon loved the music of his youth, a good family party, the Phoenix Suns, ASU Football, and western movies. He was a good provider and ensured his children understood the value of a good education. He was a hardworking man who eventually retired after a career with the State of Arizona.

Due to Covid restrictions all funeral services have guest limitations and are reserved for family, however San Juan Diego Catholic Church will be live streaming the Mass scheduled for Wednesday, February 10, 2021 @ 10:00 A.M. for those wishing to participate virtually. Live stream can be accessed at https://youtube/7hfziMhvg_g
Condolences may be expressed at www.whitneymurphyfuneralhome.com.

Offer Hugs From Home Condolence for the family of ROJAS, RAMON T.