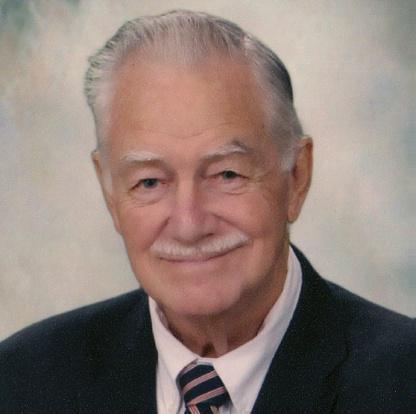 David A. Rolland of Phoenix, Arizona, passed away July 29, 2020 at the age of 88. Born in Emporia on June 4, 1932 but raised in Independence, Kansas, his somewhat bucolic rural childhood on the farm opened his imagination to the worlds of possibility beyond. In the early 1950s he moved with his parents to Casa Grande, Arizona where he began high school while helping his father at a tire repair shop; he later finished his high school years in Tolleson, Arizona just outside Phoenix where his parents finally settled down. Motivated by all the changes in radio and telecommunications, David began work after high school in Washington D.C., starting an entry level job as a clerk for the U.S. State Department while also taking college courses at night from American University. He joined the U.S. Air Force during that last phase of the Korean War, undergoing basic training at Sampson Air Force Base on Seneca Lake near Geneva, New York. There David managed to “communicate” well with a local base switchboard operator, Ellen, who would eventually become his beloved wife. David became a Catholic during his first deployment as an Information Specialist with the Air Force in Greenland, entertaining the troops as the local base broadcaster. Ellen and David later married in 1956 at Saint Francis de Sales Catholic church in Geneva, New York. Soon after the birth of their first-born child in Geneva, David was transferred with his family to the Lake Charles Air Force Base in Louisiana where their second child was born. Upon discharge David moved back to Phoenix where he began work in sales for the Yellow Pages until landing a copy writer position with the early KTAR-TV (today KPNX-TV). There he had a stint with the original Coco & Friends Puppet program for children. With two additional children born in Scottsdale, David doubled his efforts to draw benefit from his lifelong love for people and communications. He developed his skills at a number of positions, including as advertising representative with the Scottsdale Daily Progress newspaper and entertainment coordinator for the Salt River Project Employees Recreation Association. Although mostly self-employed in subsequent years, David often joined with partners for larger projects such as the promotion of affordable housing on the Navajo Indian Reservation near Window Rock, Arizona. Known for his affable personality, optimism and charming good humor, David’s intrepid kindness and creative ideas allowed him to identify with many pioneers of the Phoenix Metropolitan broadcasting community.

David was preceded in death by his wife Ellen (March 14, 2007), and his parents Alfred and Frances. He is survived by his sons: Mark of Goodyear, Arizona; Michael of Las Vegas, Nevada; Paul of Phoenix; and Daniel of Las Vegas; in addition, he will be dearly missed by his two daughters-in-law Sandy Crockett and Dawn Rolland, as well as his beloved grandchildren (Jamie, Jared, Lisa, Joshua, and Jennifer) and delightful great grandchildren (Kayleigh, Aaron, Gavin, Taavi, and Madison).

Visitation and Vigil Service for DAVID A. ROLLAND

With liturgy and reflections beginning at 6 p.m.

FUNERAL MASS for David A. Rolland

Offer Hugs From Home Condolence for the family of ROLLAND, DAVID A.