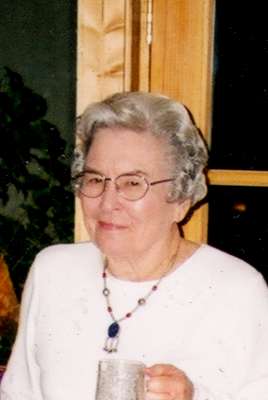 Angela Elizabeth Ronan (Wurth), age 98, died in Phoenix, AZ on June 21, 2017. Born May 29, 1919 in Phoenix, AZ, to Felix and Mary Christina Wurth. She attended St Mary’s Grade School and graduated from St Mary’s High School. She went on to attend Phoenix College. On May 30th, 1941, Angela married Firmin Joseph Ronan. She lived in Phoenix all her life and worked at St. Thomas the Apostle Church and for the State of Arizona in various functions until retiring in 1984. Angela was a charter member of St. Thomas the Apostle Catholic Church, a Past Prefect of its Sodality, as well as a Eucharistic and Bereavement Minister. Angela will be especially remembered for her positive outlook and zest for life. She was an avid bridge player and loved to camp and hike. She traveled extensively with family and friends throughout the United States and Europe, touring China the year she retired. Angela was a devout Catholic and dedicated mother. She considered her children to be her special achievements. After Firmin passed away in 1959, she carried the burden of raising 8 children by herself, the oldest in high school and the youngest in diapers. The neighbors remember seeing her walking to Mass at 5AM during the week and 8AM on Sundays with several of the children in tow behind her. Around the neighborhood, she was known as St. Angela of Monterosa Street. Survivors include her daughters Maureen (Ron) Gass, Christina (Larry) Johnson, Patty (B. B.) Hosch, Bridget (John) Hahn, Sheila (Allan) Kuenn, her sons Nick (Ellen) Ronan, Tim (Sheryl) Ronan and Kernan (Diane) Ronan. Other surviving family members include 14 grandchildren, Angie (Todd) Davidson, Stephanie (Tracy) Gass, Paul (Meredith) Gass, Meagan (Alex) Robertson, Ann Colter (Rob) Cheron, Wurth (Chris) Drummond, Adam (Maralee) Wagner, Hannah Kuenn, Liberty Ronan, Ian Hamilton Schubert, Sophia Ronan, Patrick Ronan, Christy (Brice) Semmens and Jenny Pattengill, 16 great grandchildren and many nieces and nephews. Angela was preceded in death by her husband Firmin, her parents Felix and Mary Christina Wurth, her sisters Kathleen Pemberton, Margarite Wurth, Elizabeth Scott Garthe, brothers Joseph S. Wurth and Father Mary Philip Wurth, OCD. Visitation will be from 8:00 – 9:30 A.M., Monday, June 26, 2017 at Whitney & Murphy Funeral Home, 4800 E. Indian School Road, Phoenix. Funeral Mass will be celebrated at 10:00 A.M., Monday, June 26, 2017 at St. Theresa Catholic Church, 5045 E. Thomas Road, Phoenix. Burial will be private. Reception will follow the Mass at St. Theresa Catholic Church. Angela’s final resting place will be at St. Francis Catholic Cemetery where she will be interred next to her beloved husband, Firmin. In lieu of flowers, the family suggests memorial contributions be made in Angela’s memory to St. Vincent de Paul, P.O. Box 13600, Phoenix, AZ 85002. Our heartfelt thanks to Amy and Daniel Pantiru and the staff at Shea Estates for the kind and loving care they provided in Angela’s final years, Dr. Navneet Jalal, Kathleen McGinnis and Seasons Hospice & Palliative Care for their help and support.

Offer Hugs From Home Condolence for the family of RONAN, ANGELA ELIZABETH