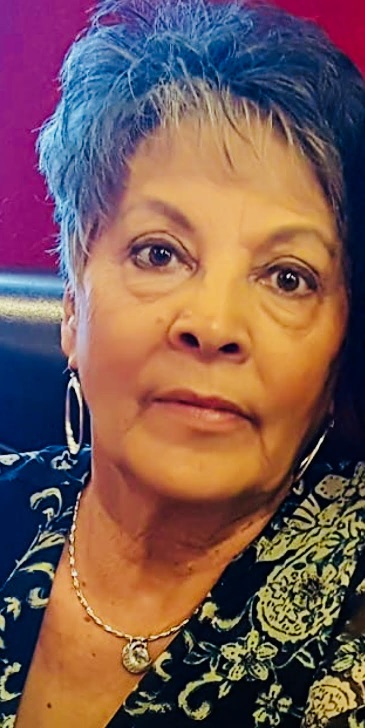 Angela Contreras Roncal, age 77, passed away October 20, 2018, at her home in Phoenix, surrounded by family. Angie was born in Superior in 1941 to Jose and Antonia Contreras, and raised in Miami where she graduated from high school. She worked in administrative positions throughout her life. Beginning in Miami as a receptionist at the health clinic founded by Dr. Charles Bejarano and as administrative assistant to Lee Kornegay, principal of George Washington Elementary School. In Phoenix, she continued her career on the administrative staff of Chicanos Por La Causa and retired after many years with the Maricopa County Environmental Services Department. Angie was preceded in death by her husband Manuel Roncal and her son Ramon Vasquez, sister Margaret and brothers Ruben and Paul. She is survived by daughters Vicki, Leila, Carol and Stephanie Vasquez, and by her sister Gloria, brothers Joe, Roberto, Leroy, Richard and Tony. All of whom will miss Angie as a strong woman, a loving and caring mother and grandmother always available during life’s challenges. Her decades-long bouts with cancer epitomized Angie’s strength as she fought with determination. Her hobby of gardening and love of pets served to underscore her belief in nurturing and respecting all forms of nature’s life.
A Catholic Funeral Service Celebrating Angela’s life will be held at 10:00 A.M., Thursday, October 25, 2018 at Whitney & Murphy Funeral Home, 4800 E. Indian School Road, Phoenix. Burial will follow at St. Francis Catholic Cemetery, 2033 N. 48th Street, Phoenix. In lieu of flowers, donations may be sent to Hospice of the Valley, 1510 E. Flower Street, Phoenix, AZ 85014.

Offer Hugs From Home Condolence for the family of RONCAL, ANGELA CONTRERAS