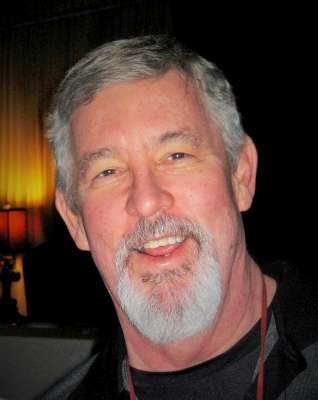 Richard Roney, known by most as Dick, passed away July 27th, 2014 after a four year fight with Non-Hodgkin’s Lymphoma B-Cell. Dick was a man whose love of life, relentless courage and unremitting wit pervaded into every aspect of his life. He married his soul mate and the love of his life, Mary, and together raised two daughters, Chelsea and Mary Kaitlin, with the ideals they held to be of the utmost importance. Chief among these ideals was the importance of family. As one of five brothers, Dick was graced with having a big family from early on. His brothers, Edward, Patrick, Chuck and Steve, spent their childhood getting each other into and out of trouble.

Second only to his immediate family were the men Dick considered to be his Band of Brothers, the 88th and 541st Transportation Companies. Dick served with honor and distinction in the US Army during the Vietnam War, earning him his position of company commander and Captain of his men. These men, whom he visited and reminisced with last year during their annual Transport Co. reunion, were among those he considered the best our country had to offer and some of the best men he ever knew. For services rendered, Dick earned the Bronze Star.

Following his military service, Dick attended New Mexico State University for his degree in Chemical Engineering and then went on to get his MBA from Michigan State University. After working for Standard Oil, Dick co-founded and was CEO of MEGA Systems and Chemicals, Inc. Another group of individuals he considered akin to family, his work in MEGA included manufacturing and supplying Turnkey Chemical Distribution equipment to the Semiconductor Industry. There he worked with his wife, Mary, who served as a Manager to the Components Division. Through his work, he received the Inc. 500 Fastest Growing Privately Held Corporations Award as well as High Tech Entrepreneur of the Year for the state of Arizona.

Dick retired in 1999 and spent his time on the water and traveling with his family. Each year in late summer, he would spend a week in Canada at One Man Lake, fishing with his brothers and their families. He was also actively involved in local education, serving as a member of the St. Francis Xavier Elementary School Board as well as working to change Madison schools curriculum to implement traditional education.

Dick, along with his wife and daughters, founded the Roney Family Foundation, a non-profit organization. The Foundation focuses predominantly on supporting education for low-income families (including the Loyola Academy at Brophy College Preparatory), medical research through the TGEN Foundation, veteran support, animal welfare and community service. From its founding in 2008, the Foundation has donated over $500,000 for the betterment of the community, both local and national.

In his free time, Dick was a lover of jazz and classical music, fishing and football, and had a penchant for philosophy, history and damn good enchiladas. He was respected and loved by all whom he met and his legacies, lessons and love will continue to be felt in the years to come.

Offer Hugs From Home Condolence for the family of RONEY, RICHARD ROBERT