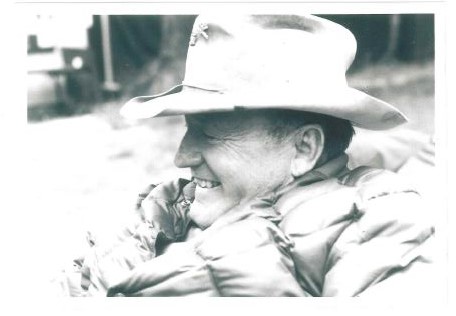 Steven was raised in Mazatlan, Mexico with his brother Dick and sister Jane (both deceased) until he was eight years old, when the family moved to Monrovia, California. In 1934, the family moved to Tucson, Arizona where he attended Sam Hughes Grammar School. He then went on to attend the Gulf Coast Military Academy in Gulfport, Mississippi while the family moved to Guatemala where his father was Vice President of the International Railways of Central America. Most vacation time from school was spent in Guatemala City, San Salvador and other travels throughout Central America. In 1939, the family moved to San Marino, California where he graduated from South Pasadena-San Marino High School. During his high school years, he played football and was an all C.I.F. baseball player.

In 1943 he was inducted into the Army and was with the 4th Infantry Division in the Normandy landing at Utah Beach. He fought in all of the major campaigns in Europe including the Battle of Cherbourg, the Falaise Gap, the Hurtgen Forest, Battle of the Bulge, Rhine Crossing at Mannheim and finished in Pilsen, Czechoslovakia. He was awarded two Silver Stars, three Bronze Stars with V clasp for Valor, three Purple Hearts, the French Cross of War and a medal from Luxembourg and several other awards.

After the war, he attended and graduated from the University of Southern California with honors in 1949. While attending USC, he was a member of Sigma Phi Epsilon Fraternity.

Upon graduation from USC, he went to work for the Casey and Case Foundation Company in Los Angeles, California. He opened the company offices in Chicago, Illinois and later returned to Los Angeles where he became President of Calweld, a division that manufactures drilling, tunneling, and offshore oil equipment.

It was during that same period that he founded the Caisson Corporation of Chicago, Illinois and the Atlantic Drilling Company of Bethesda, Maryland.

During the Nixon Administration, Steven was asked to join the Advisory Board of the National Park Service. First, as Chairman of the natural areas and concessions committees and then he served for two years as President of the Board.

Steven was a lifelong adventurer and avid hunter with many Boone and Crocket Club trophies. He is the only person to take the Grand Slam in Bighorn Sheep in a twelve-month period with all four sheep in the Boone and Crocket record book.

Steven is survived by his wife Janet, daughter Katharine (Allan) Parigian of Ojai, California, his son Kirke of Phoenix, Arizona and several nieces and nephews.

Offer Hugs From Home Condolence for the family of ROSE, STEVEN L.