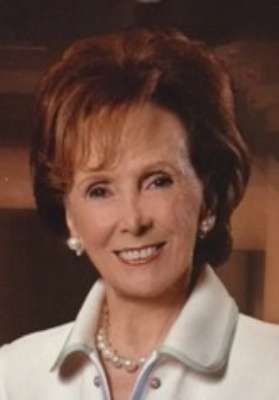 Betty D. Rosenzweig of Phoenix, AZ, peacefully passed away at home on the evening of October 9, 2016, at the age of 94. She was born on December 16, 1922, in Dunsmuir, CA, to Mildred and Herbert Dabney. In 1956, she married native Phoenician jeweler, Newton Rosenzweig. Together they created a legacy of volunteerism and philanthropy that literally changed the Phoenix landscape. Betty and Newton Rosenzweig served on and raised funds for over 75 religious, charitable, cultural, educational and political organizations. Among these are St. Luke’s Hospital, the American Jewish Committee, Arizona Community Foundation, United Way, Phoenix Art Museum, Arizona State University, Phoenix Little Theatre, the Foundation for Blind Children and Barrow’s Neurological. Although childless, they had an abiding interest in children’s healthcare, early education, and overall welfare. They were honored as “civic giants”, but only wished to be remembered as a couple who cared and tried in whatever ways they could to build healthier communities. Betty was preceded in death by; her husband – Newton Rosenzweig, parents – Mildred Peterson and Hebert Dabney, sister – Laverne Zidnak and brothers – Allen and John Mudersbach. She is survived by; her sister-in-law – Kathleen Mudersbach, nephews – Burke (Kathy) and Harry (Debi) Rosenzweig Jr and Brian, Dennis (Maria) and Larry Mudersbach, nieces – Debi Reeves, Sheryl Hamblin and Teresa Kodimar and several grandnieces and grandnephews in the Rosenzweig and Mudersbach family. Private graveside service will be held at the Beth Israel Memorial Cemetery. In lieu of flowers, a contribution may be made in memory of Betty Rosenzweig to Hospice of the Valley, 1510 E. Flower Phoenix, AZ 85014. Arrangements entrusted to Whitney & Murphy Funeral Home in Phoenix, AZ.

Offer Hugs From Home Condolence for the family of ROSENZWEIG, BETTY D.