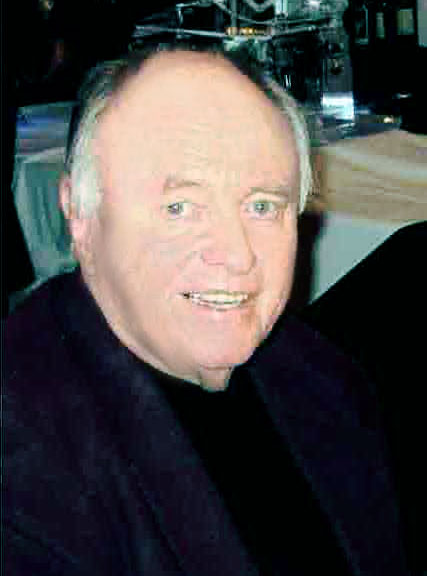 Thomas H. Ross, M.D., a Phoenix native, passed away peacefully into the arms of our Lord on October 7, 2018. Born November 16, 1933, to Norman A. and Edna (Whoops) Ross, he attended Kenilworth Elementary and North Phoenix High, graduating in 1952. His first three years of college were at the University of Southern California where he was a member of Phi Delta Theta Fraternity and established life-long friendships. He returned to what is now Arizona State University graduating in 1956. That June he married Joanne Goldwater. He attended medical school at the University of Utah, receiving his M.D. degree in 1960. His residency in general surgery was at UCLA Harbor Hospital, where he was chief resident in 1964. He returned to Phoenix, and a surgical practice established by his father and was on the staff at the major downtown hospitals; John C. Lincoln, Phoenix Baptist, Good Samaritan, St. Luke’s, Memorial and St. Joseph’s where he served as Chief of Surgery in 1977. He was Chief of Staff at Little Sisters of the Poor Convalescent Center and was a Fellow of the American College of Surgeons.

Never one to let grass grow under his feet, he left his general surgery practice in 1978 for a residency in anesthesia at the University of Arizona, which was completed in 1980. That June he married the former Jan Carlson, joined Phoenix Anesthesia Group and practiced there until 1987. During those years he established the second outpatient surgical facility in the Phoenix area, SurgiSite. In 1987, he returned to surgery assisting in orthopedic, gastro and neuro cases. Always entrepreneurial, he had a plethora of non-medical endeavors including several inventions with patents some of which were surgery related and one of which was the first see through bandage. Unfortunately, Band-Aid corporation paid him a token amount and obtained the patent! He also created the first non-fogging shower mirror for shaving only to be beaten to the patent by Water-Pik! He served as Medical Direct of Hospice of Arizona and Medical Director of the Comprehensive Medical and Dental Program for the Arizona State Department of Economic Security and was also awarded membership in the American Board of Quality Assurance and Utilization Review. His distinguished career included twenty-seven years of military service with the rank of Colonel as the State Surgeon for the Arizona Army National Guard. He was the longest serving medical officer in the USA. His many awards included the prestigious Legion of Merit, his favorite.

He was also a member of the Phoenix Thunderbirds and enjoyed a long and happy association with that group.
Tom had many interests outside medicine and the Guard. Among them were golf as a young man but with a bad swing, tennis, skiing in the White, Wasatch and Rocky Mountains, the Sierras, Big Sky and a ski patrol trip with the Far West Ski Association to Austria and Val d’isere in France. Many summer vacations took place at the family cabin near Greer and on his beloved Catalina Island. In his later years he became a tournament croquet player (not the backyard game) and installed a regulation croquet lawn (the size of two tennis courts) in his back yard.
Tom is survived by his wife of 38 years; Jan Ross, his children; Carolyn Ross (Gary Gotto), granddaughter; Jordyn Madkour of Phoenix, CC Goldwater, Paradise Valley, Ty Ross Goldwater (Tymn Sappenfield), Scottsdale, Alison Goldwater Ross (Robert Arkin) and granddaughters; Lucy and Esme Rice of Atlanta, GA, also, stepsons; Bob Carlson (Genevieve), Phoenix, AZ., and Tom Carlson (Michelle), grandchildren; Trent and Brooke of St. Petersburg, FL. and his sister-in-law; Karen Faehling (Jim) and her children: Katie Coombs, Kevin Kess and Kristy Cowen all of Reno, NV. Other survivors are his nephews, their spouses and children: Lance Ross (Vicky) and Tom Ross, Scottsdale; Jack Ross (Kim), Tempe; Rex Ross (Sylvia), Phoenix and Robert Ross of California, along with great-nieces and nephews.

He is preceded in death by his parents, brother Jack Ross, his sister Barbara (Sis) and brother- in-law; Grant Parsons.

The family would like to thank his doctors for the outstanding care they provided over the years: C. Joseph Freund, Philip Kaczar, Barry Hendin, David Saperstein, Melissa Go, Richard Manch, Gilbert Brito, Lorna Fredrikson and his dentists Donald Fournier and Fred Olsen. Another shout out goes to Valiant Hospice (Carmen Klemis, Stephanie Russel, chief nurse Dolores Horvath and his phenomenal caregivers, Gloria Lebario and Gabriella Moreno who made his last two weeks of life a beautiful experience. This wouldn’t be complete without much appreciation to Dr. Norman Brown, Tom’s best friend, for being so loyal over the 14 years of Tom’s illness. He set up a lunch for their group of friends almost every Saturday and when Tom was no longer able to drive, would pick him up, take him to the restaurant or serve the gang at his home and then bring Tom back again, wheelchair and all.
In lieu of flowers the family would appreciate contributions being made to Homeward Bound (homewardboundaz.org), Barrow Neurological Institute (for Parkinson research)(barrowneuro.org), and Kitchen on the  Street (kitchenonthestreet.org). A Memorial Service will be held on Saturday, October 20, 2018 at 10:00 A.M.  at Christ Church Anglican, 5811 N. 20th St., Phoenix.

Offer Hugs From Home Condolence for the family of ROSS M.D., THOMAS H.