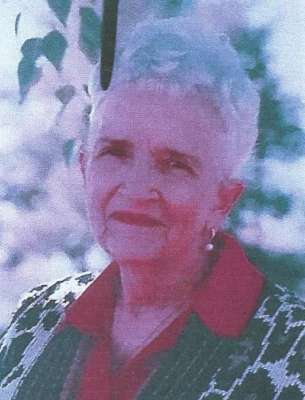 Born on January 8th,1927 in Seattle, Washington, Yvonne moved with her family to Phoenix in 1938 where her parents managed the restaurant at Sky Harbor Airport. As an adult she moved back to Seattle, where she married and had 3 children, Mark, Michelle and Scott. As sometimes happens, the marriage ended in divorce and due to eye conditions of the children, Yvonne relocated to San Francisco, where one of the premier ophthalmologists in the world had his practice. In SF, Yvonne remarried and gave birth to one additional child, her lovely daughter, Celeste. Due to irreconcilable differences, that marriage also ended in divorce. Yvonne and family, with the help of relatives, moved to Southern California. There she met and married the love of her life, Rick Bierley. After 21 years together Rick passed in 1990.

Several years later, Yvonne returned to Phoenix where she married long-time Phoenix resident and family friend Ward Rousculp. In 2003 Yvonne moved to The Beatitudes campus where Ward was a resident in the skilled nursing facility where he spent his final years, passing in 2007. Several years after losing Ward, Yvonne was courted by John Clark and they were married in 2010. After too brief a span of time, John passed in 2012.

Throughout her long life Yvonne was a loving wife and mother. In San Francisco when times got hard she went to work as a typist for the Selective Service during the 60’s (wasn’t that a turbulent time!). Later she became Executive Assistant for the National Aid to the Visually Handicapped and Executive Assistant for Serra, a Franciscan retreat house in Malibu, California. After moving to Arizona she completed her work career at Goldstar, where she met and developed lifelong friendships with the wonderful people there.

Until a fall in November of 2016 caused her to be admitted to Hospice of the Valley-Ryan House, Yvonne actively participated in the vibrant environment at The Beatitudes, where she volunteered in several different positions.

An extraordinarily gregarious woman, Yvonne made friends in all walks of life, in every location she found herself. The vacancy left in the lives of all who knew her can never be filled, but the enrichment she brought to all infuses a permanent legacy of growth, grace and compassion. We bid farewell to a beloved body whose soul will continue to oversee our well-being, even from afar.

Funeral Mass followed by a Celebration of Life will be held at 10:00 A.M., Tuesday, March 7th, 2017 at the Beatitudes Life Center, 1668 W. Glendale Avenue, Phoenix.  Interment will be at 2:00 P.M., at St. Francis Catholic Cemetery Mausoleum.

Offer Hugs From Home Condolence for the family of ROUSCULP-CLARK, YVONNE (PORTMANN)