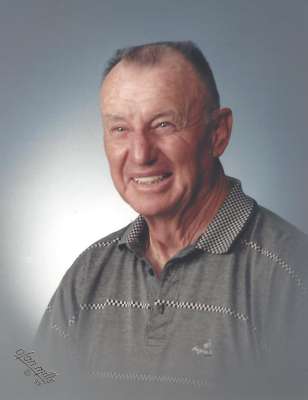 George Rubelsky, 86, of Scottsdale, Arizona passed away on December 13th, 2014. He was born in Brooklyn, New York on March 13th, 1928. He was a loving husband, father, grandfather, great grandfather and a proud veteran. He worshiped at St. Thomas the Apostle parish in Phoenix. He is survived by his loving wife of 65 years, Ronnie; a daughter, Marianne (Smythe) and her husband Brad of Shelton, Connecticut, a daughter, Rita (Lee) and her husband Rick of Phoenix, Arizona; a son, George (Rubelsky) and his wife Alcy, also of Phoenix, Arizona. He was blessed with 7 cherished grandchildren: Lindsay, Megan and her husband, Craig, Ryan, Conner, Allison, George and Gracie. He was also blessed with two precious great grandchildren Michael and Ella Rose. He was predeceased by his brother, Charles Rubelsky and his sister, Natacia Musika and is survived by his sister, Olga Pels of Medford, MA, and his brother, Frank Majewski of Poughkeepsie, NY. After serving in the United States Navy, he joined his father in the construction business in New York and Connecticut before relocating to Arizona in 1974. Besides building countless homes in Danbury, CT and operating a successful sporting goods store in Mesa, AZ, he played baseball and softball well into his 70’s and was inducted into the U.S. Senior Softball Hall of Fame in 2010. He was a seemingly impossible combination of tough & tender whose smile will always be missed. He loved his family, he loved his country – and he loved his God! Visitation hours are Wednesday, December 17th from 6-8 PM at Whitney & Murphy Funeral Home, 4800 E. Indian School Road, Phoenix, Arizona 85018. A funeral Mass will be celebrated at St. Thomas the Apostle Church, 2312 E. Campbell Avenue, Phoenix, Arizona 85016, Thursday, December 18th at 11:00 A.M. In lieu of flowers, donations may be made in George’s memory to: The Poor Clares of Perpetual Adoration @ Desertnuns.com, P.O. Box 639, Tonopah, Arizona 85354, or Support Our Seminarians, Inc. 4500 South Lakeshore Drive – Suite 480, Tempe, AZ 85282.

Offer Hugs From Home Condolence for the family of RUBELSKY, GEORGE