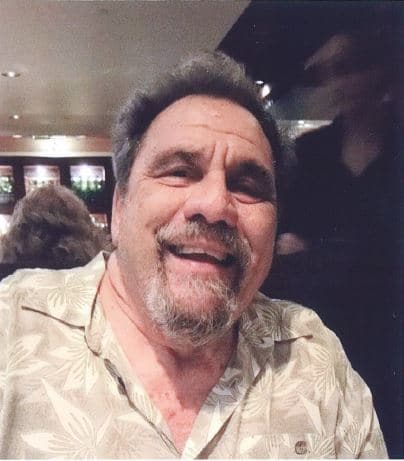 November 8, 2021 will be remembered as the day the larger-than-life Joe Ruguone left us to join friends, family and pets he adored who preceded him. He’s probably making them pizza or a big pot of spaghetti right now. He was the most fun, different, interesting grandpa on the planet, and everyone has a million stories about him. He is survived by his wife Barbara to whom he was the love of her life, 2 incredible daughters, Sandy (Larry Evans) and Debbie (Fred Cohen), sister, Marie (Dick Johnson) and brother Noel Ruguone (Debbie). His son, Steve, had made the journey before him. He’s also survived by 7 grandchildren he adored, Tony Evans (Crystal), Danny Evans (Audrey), Jenn Calhoun (Jared), Stephany Cohen, Haley Haynes, Andy Ruguone (Reanna) and Leah Mendoza (Sean), as well as 11 special great-grandkids. He has left so many people behind who have great memories of him. As one said, “Look out Heaven, Joe Ruguone has entered the building.” Condolences may be expressed at www.whitneymurphyfuneralhome.com.

Offer Hugs From Home Condolence for the family of RUGUONE, ANTHONY “JOE”