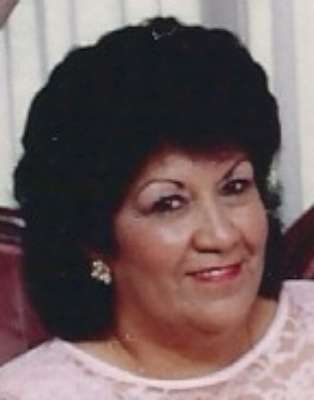 76, of Phoenix, passed peacefully on April 16, 2014 surrounded by her family.  Nellie was a native of Phoenix born December 6, 1937 to Dolores and Antonio Romero.  She is preceded in death by sons Rudy Ruiz and Johnny Lerma. She is survived by her sons Gilbert and Ruben Ruiz, daughters Nancy and Jenny Rodriguez and Susie (Gilbert) Baca and many grandchildren and great-grandchildren.  Visitation will be held from 6-8pm, with a Rosary at 7pm, Thursday, April 24, 2014 at Whitney & Murphy Funeral home, 4800 E. Indian School Road, Phoenix.  Funeral Mass will be at 9am, Friday, April 25, at Sacred Heart of Mary Catholic Church, 1421 S. 12th Street, Phoenix.  Interment will follow at St. Francis Catholic Cemetery.

Offer Hugs From Home Condolence for the family of RUIZ, NELLIE ROMERO (NELA)