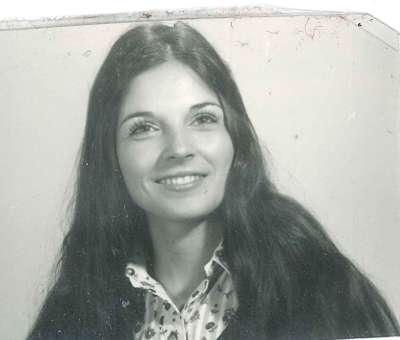 69, of Phoenix, passed away April 9, 2016.  A creative child, a gorgeous woman, an excellent teacher… Yet, most of all, the greatest loving mother, grandmother, sister and friend, who held true to her Catholic beliefs and faith. The Running family has turned a page on a love story spanning 53 years, between Jacqueline and Steven Anthony Running, high school sweethearts at Xavier and Brophy College Preparatories. Jacque was born November 21, 1946 in Ludlow, Massachusetts, to Frank and Laura Santos. She moved to Phoenix at the age of two, but was a true New Englander, spending all of her summers back East, until she fell into love with Steven, when she was 15. Jacque received her education with the nuns and priests at Ss. Simon and Jude, Xavier College Prep, Santa Clara University and then on to graduate studies at Arizona State. Jacqueline taught elementary school for over 20 years in the Washington and Osborn School Districts and then retired after 4 more teaching years in New York City ….. on April 9, 2016, Jacqueline passed from her earthly life to a more peaceful, better, happier place with Our Heavenly Father, family and friends. After courageously enduring hemodialysis for over 7 years, subsequent to kidney failure, she fell quietly in peace as her husband gently held her hand. She is preceded in death by her parents Frank and Laura Santos. She leaves behind, to celebrate and cherish her life: her husband Steven Anthony Running, children: first born, Steven (Julie) Running of Burbank, CA. Steven’s arrival came 6 months after her husband Steven Anthony was serving in Vietnam; Vanessa Running, Phoenix; siblings, Frank Santos (Barbara), Prescott; Lori Santos Olson (XCP ’68) (Mark), Phoenix; Mark Santos (Holly) Pelham, MA; grandchildren Gia and Paloma Manzella, Phoenix, Gillian Running (Burbank) and one of her proudest and life fulfilling moments was the birth of her only grandson Logan Running (Burbank). She is also survived by her brothers-in-law, Michael Running (Valerie) of San Diego and the second adult love of her life, Dr. Cliff Running of Phoenix. In lieu of flowers, please consider a donation to the “Frank, Laura and Jacqueline Santos (XCP ’64) Running Memorial Scholarship Fund” (“the Xavier Foundation”) at Xavier College Preparatory, 4710 N. Fifth Street, Phoenix, AZ 85012. Funeral Mass will be held at 1:30 PM, Friday, April 22, 2016 in the Brophy Chapel, 4701 N. Central Avenue, Phoenix. Arrangements entrusted to Whitney & Murphy Funeral Home.

Offer Hugs From Home Condolence for the family of RUNNING, JACQUELINE SANTOS