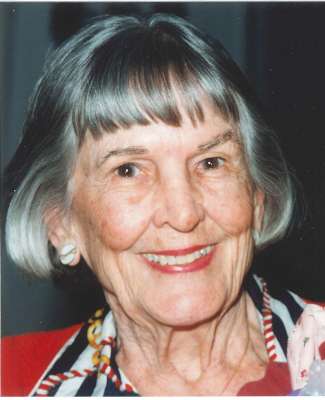 Arizona lost a true native, born six years after statehood in the old St. Joseph Hospital. Margaret Running, born on October 3, 1918, a lifelong resident of Arizona, passed at age 96, peacefully at home, on March 16, 2015, after a full and joyous life. She attended St. Mary’s grammar school and high school graduating in 1937 with 18 classmates. She attended Phoenix College and the University of Arizona, where she was a Pi Beta Phi. She was an original member of the St. Joseph Hospital Auxiliary, a member of the Board of Visitors and the Diggers Garden Club. As it was her Irish luck her most cherished memories of life were her 5 “boys.” She was preceded in death by ‘the love of her life’, “Hank” Running, MD, her infant son Henry, and last February her son Arne. She is survived by sons Cliff, Michael (Valerie) and Steven (Jacque). Also, she is survived by 9 grandchildren and 16 great-grandchildren, all of whom she was most proud of and easily could recall their birthdates with her sharp memory. Private funeral services have been held. In memory of Margaret, contributions can be made to the Memorial Scholarship Fund in the name of E. Henry Running, MD at Brophy College Prep, 4701 N. Central Avenue, Phoenix, AZ 85012.

Offer Hugs From Home Condolence for the family of RUNNING, MARGARET HALLORAN