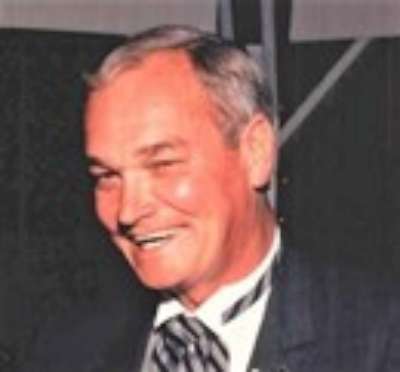 Phoenix – Philip C. Ruoff left this world holding hands with the love of his life on Friday December 21st, 2018 at the age of 82. His life was filled with 59 years of marriage to an amazing woman, a wonderful family and a zest for life. “Phip” was born in Peoria, IL on September 4, 1936. When he was nine, his family settled in St. Louis, MO, immediately igniting a lifelong passion for his beloved Cardinals. After attending St. Louis University High School, he headed west to Regis College, where he met Dorothy Woods, beginning a love affair that would last his entire life.

Phil and Dot raised their family in Phoenix, AZ, and were members of St Francis Xavier Parish for 30 years. Their house was always open to anyone passing by looking for a good meal, a good drink, a good story, or all of the above. Phil was preceded in death by his parents William and Mabel, brothers Bill and Jack, and sister Janie.

A funeral Mass will be held on Saturday, January 12, at 12:30 PM, at St. Francis Xavier Catholic Church, 4715 N. Central Ave, Phoenix, followed by a reception to celebrate his life at Anderson Hall, adjacent to the church. His greatest talent was having fun, he will be remembered by all with a Bud in one hand and a Lucky Strike in the other.

Offer Hugs From Home Condolence for the family of RUOFF, PHILIP C.