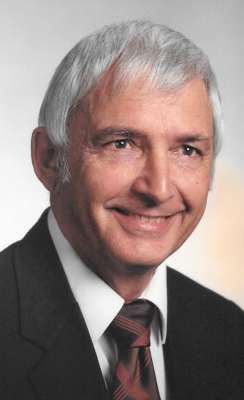 Robert Alan Rye passed away at home, surrounded by his loved ones, on January 13th, 2017. He was 88 years old. There will be a family memorial service, but no public funeral. Bob was born to Forrest and Alice Rye in Weymouth, Massachusetts on August 27th, 1928. The oldest of three children, he was preceded in death by his brother George and sister Elizabeth. He served two years in the Army from 1950 to 1952 where he was deployed to Korea during the Korean War. Bob lived in many places while growing up, but after leaving the army he settled down in Phoenix where he spent the last 63 years of his life. Bob married Dorothy Louise Bowers in 1955. He is survived by his wife of 61 years, his three sons, Randy, Brett and Mark, daughter-in-law Holly and grandson Robert Tyler Rye, the son of Mark and Holly Rye. Bob worked at Air Research in the stationary supplies department, then at Prudential as an insurance agent. He retired in 1990 after 31 years at Prudential. Bob loved to play poker and work on classic cars, but his lifelong passion was working with wood, where he was a master craftsman. He could turn a pile of lumber into anything from a chess set to a china cabinet, and was always eager to build something new for family and friends. He was a loving husband, father and grandpa. He will be missed very much. We love you pop. Arrangements entrusted to Whitney & Murphy Funeral Home.

Offer Hugs From Home Condolence for the family of RYE, ROBERT ALAN “BOB”