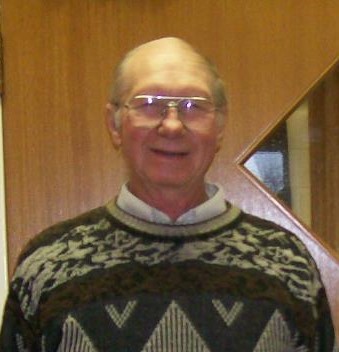 It is with sadness and joy that we share that our dad Gerald “Jerry” Andrew Sabelko, 85, went home to be with our Lord on Tuesday, October 9th after a short battle with cancer.

Jerry grew up on a farm in Durand, WI and is the 2nd oldest of 8 children. He moved to Phoenix in the 60’s where he met Dorothy Eich to whom he was married for 13 years. Later, he met and married Katherine Montgomery and they were married for 30 years. He was very strong in his faith, a truly sincerely good and caring father, devoted husband, and an Army Veteran. Jerry worked many years for Sperry Flight Systems, now Honeywell from which he enjoyed retirement.

While residents of Glendale, AZ until 1998, Jerry and Kathy were active in the Catholic Church community of Our Lady of Perpetual Help. They championed the unborn by founding Children of the Rosary Pro-Life movement. They moved to Boyceville, WI in ‘98 where they lived for 20 years. There, Jerry was an active parishioner at St. Luke Catholic Church and Knights of Columbus. In addition to being active in church, Jerry was often busy with gardening, landscaping, enjoyed hunting, fishing and assisting Kathy with creating many different crafts from birdhouse gourds, paintings, various soaps, and other wares, which they sold at craft shows throughout their area. Jerry loved our country and worked at election poles to support our democratic process each voting cycle. He recently moved back to the Phoenix area to be near his children after Kathy’s passing this past April.

Offer Hugs From Home Condolence for the family of SABELKO, GERALD A.