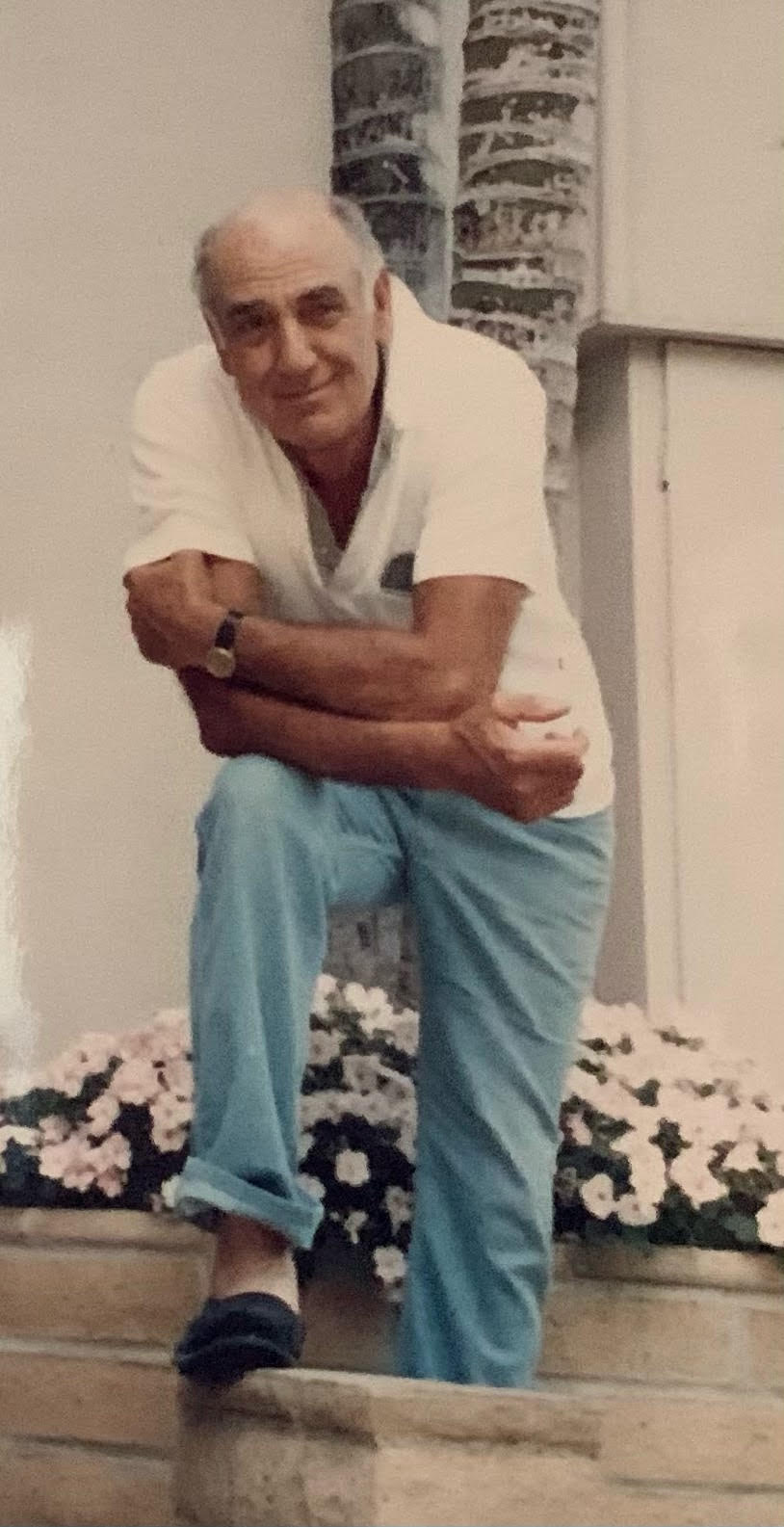 Angelo Salmeri, 99, passed away peacefully at home Nov. 22, 2020. Ang was born July 18, 1921 in New York, NY. He was the second of six children to Sebastiana Martina and Frank Salmeri, Italian immigrants who raised their family in Lyndhurst, NJ. Ang’s life was defined by his love and dedication to his wife Zelma, his incredible work ethic, and his fun and charismatic personality.

Ang was a proud World War II veteran who immediately signed up for the Air Corp after the bombing at Pearl Harbor. He trained as a navigator and bombardier and was on assignment at Williams Air Field in Mesa when he met his future bride Zelma and her warm, extensive family led by its matriarch, Jeeby. Ang was drawn not only to Zelma’s beauty and fierce independence, but to the Basha family. He warmly embraced this ‘home away from home’ and Jeeby’s Lebanese and Mexican feasts, where all were welcome. After a long courtship and a genial intervention by Zelma’s sister Camille, Ang and Zelma married Jan. 9, 1953 in Chandler, AZ.

Ang and Zelma started their life together in Laguna Beach, and welcomed their son Greg. Ang’s work ethic was forged during his 30 years working at Corona Farms in California, where he managed staff and oversaw construction projects. Weekends were spent with family and good food, whether with Eddie and Essie Basha in Corona, or Frank and Connie Vitale and Camille Basha in San Marino. After Ang retired from the farm, he started a home construction business in Laguna Beach.

Keeping close to home allowed for Ang and Zelma’s thriving social life that supported various philanthropies throughout Southern California. Ang was known as the charismatic gentleman in the background putting people at ease with effortless demeanor, and searching for a TV to catch his favorite Yankees or Giants games.

At 79, Ang retired from his construction business and began working with his son Greg at Rolling Greens. Here he worked construction and in later years spent his days labeling merchandise and working with his crew in the warehouse. This is when Ang was at his best, as the Rolling Greens community was his cherished extended family that gave him vitality and zest for life.

Angelo is survived by his son Greg, his brother Philip, countless nieces and nephews, his crew at Rolling Greens, and his devoted caregivers.

We will celebrate Angelo’s life with a Rosary at 11:30am and Funeral Mass at noon on Saturday, Dec. 5, 2020 at St. Francis Xavier Church, 4715 N Central Ave in Phoenix. The funeral will be available via live stream. https://youtu.be/fOTgiV6byNc

To honor Angelo’s memory, consider donating to the Angelo and Zelma Basha Salmeri Honors Art Scholarship Endowment with the Arizona State University Foundation that provides scholarships to promising art students. You could also remember Ang as you enjoy a good plate of pasta, pound cake while watching a Giants game. Condolences may be expressed at www.whitneymurphyfuneralhome.com.

Offer Hugs From Home Condolence for the family of SALMERI, ANGELO