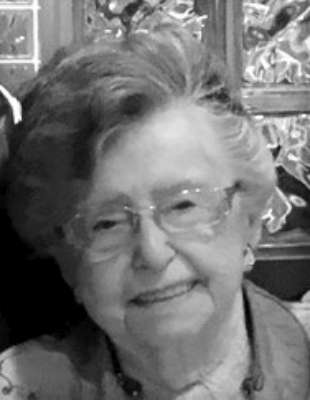 Anne was born on July 19, 1931 in Sioux Falls, SD and left this earth to join her husband/cowboy/companion, Anthony, on Monday, January 18, 2016.   Anne was the matriarch of a large family, but was a mother to all who knew her. Her ability to place a stranger at ease, and talk about any subject, was one of her hallmark characteristics. Known for her exceptional ability to engage in conversation, she would defend her banter with a simple, “I like people.” Rarely could we visit a local favorite spot of hers without waitresses, clerks or sales associates calling her by name.  She not only knew their name, but also knew where they went to school, how many children they had, and every detail about their love life.  Anne believed in the power of human connection.  Plus, as she always said, “people like to know they look nice.” Anne was known for her cooking abilities and managed to “stretch a meal” when needed. Sunday night dinner was of value to her, and a time to gather her family and friends, often over some new recipe she just found.  Traditions included Saturday night hamburgers, grandma’s cinnamon rolls, shrimp dip, beef stroganoff, corned beef and cabbage, and the infamous green mint jello. Christmas Eve was always spent at their home, and was a night Anne looked forward to every year. Spending this night with her children was one of Anne’s favorite

occasions…made even better by her special egg nog. Easter was made equally important when the search for “golden eggs” occurred. Anne was a career educator spending the early years of her career at St. Vincent de Paul grade school, later transferring to St. Mary’s Elementary school where she retired as assistant principal. Fondly referred to as a “rosary-clicking” Catholic, Anne shaped the spiritual foundation of hundreds during her teaching career.  She raised five girls: Patty Solomon, Mary Hallahan, Kitty Broderick, Laura Jordan and Julie Youngblood.  She was grandmother to ten grandchildren, and great grandmother to six great-grandchildren; her family was her greatest treasure. Anne made each grandchild feel like they were the most important of all, and found unique ways to express her love for them.  Anne will be celebrated on Sunday, January 24, 2016 with a Visitation at 6:00 PM and Rosary Prayer Service at 6:30 PM at Whitney & Murphy Funeral Home, 4800 E. Indian School Road, Phoenix. A Funeral Mass in her honor will be at 10:00 AM, Monday, January 25, 2016 at St. Francis Xavier Catholic Church, 4715 N. Central Avenue, Phoenix. A private burial will follow at the National Memorial Cemetery of Arizona.  There she will rest peacefully next to dad.  In lieu of flowers, please consider a donation to two nonprofits she held dear, Society of St. Vincent de Paul and Maggie’s Place.  When I stand before God at the end of my life, I would hope that I would not have a single bit of talent left, and could say, “I used everything you gave me.”  Erma Bombeck.

Offer Hugs From Home Condolence for the family of SAMMONS, ANNE LOUISE