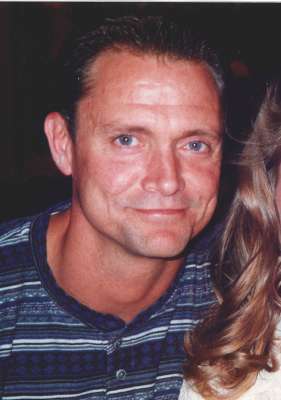 51, of Phoenix, has joined the Angels to rest in peace. Rick was born in Evergreen Park, IL as the second of three sons to his parents Ronald (Wayne) and Barbara Sanders. His family moved to Phoenix, AZ in 1974, where he graduated from Camelback High School. Rick was a beloved father, brother, grandfather and son who will be so deeply missed. His heart was pure gold, he had compassion for all his fellow mankind and held life’s simplest pleasures closest to his heart; his loving family, all the dogs in his life, making a nice home-cooked meal for his family. Rick is survived by his parents, Wayne and Barbara, brothers Randy and Robert, sister in-law Marci, daughter Melissa, son-in-law Mark, his five grandchildren, Mark Jr, Jeremy, Selena, Dustin, and Caden along with his aunts, uncles and cousins. He is preceded in death by his grandparents and cousin, Lisa. A private memorial service will be held on Rick’s birthday in September. Arrangements entrusted to Whitney & Murphy Funeral Home.

Offer Hugs From Home Condolence for the family of SANDERS, RICHARD WARREN