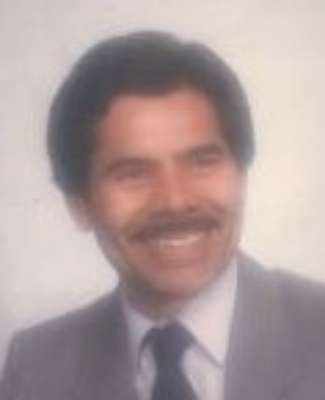 On January 19, 2017, our beloved Charles left this world to be with our heavenly father. Charles was born in Phoenix, AZ on December 25, 1945 to Charles A. Sandoval and Vera Mesquita Sandoval. Charles graduated from Phoenix, Union High School in 1965 and joined the US Marine Corps, where he served until 1969. He served 15 months in Vietnam and rose to the rank of Sergeant. After he service to his country, Charles became a layout technician for Garrett/Honeywell where he was employed for 40 years, receiving numerous recognitions for his accomplishments, retiring in 2009. While employed at Honeywell he attended Phoenix College where he earned an Associate of Arts Degree. Charles married Barbara Saenz on June 22, 1968; they were married for 48 beautiful years and were a model of how to be a husband and wife. Charles Sandoval was a strong willed man; a gentle soul and role model on how to live your life and devoted husband to his wife Barbara and always doted on his nephews and nieces. Charles was a friend to everyone he met and would go out of his way to help anyone that needed his help. An accomplished tennis player, he won several company and local tournaments. He loved “50’s” music and loved to dance. He and his sister-in-law Linda Sandoval won numerous oldies dance contests. Charles designed and built the addition to his house. Charles is survived by his loving wife Barbara Saenz Sandoval, 4 brothers and 7 sisters as well as many nephews and nieces. A Rosary will be prayed at 9:30 AM and Funeral Mass celebrated at 10:00 AM, Friday, January 27, 2017 at St. Francis Xavier Catholic Church, 4701 N. Central Avenue, Phoenix. Interment will follow at St. Francis Catholic Cemetery, 2033 N. 48th Street, Phoenix. Arrangements entrusted to Whitney & Murphy Funeral Home.

Offer Hugs From Home Condolence for the family of SANDOVAL, JESUS C.