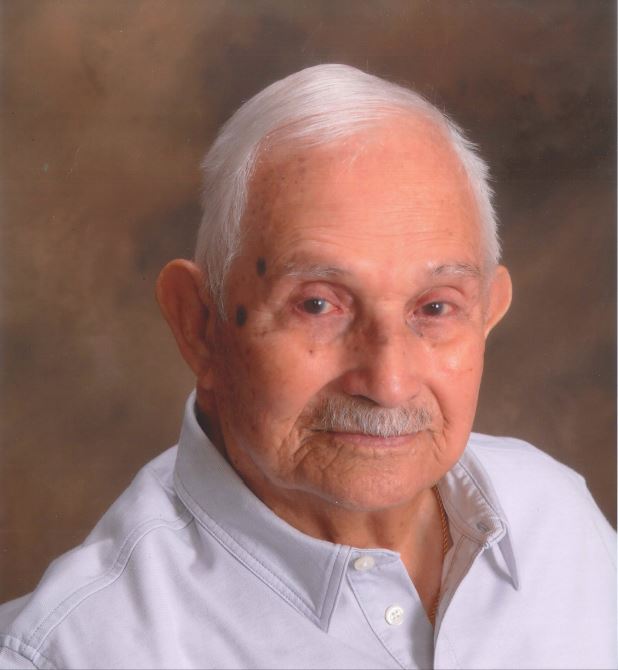 Ray L. Sandoval (Tata Candyman), 98 years old, passed away Monday February 19th, 2018. Born in Miami, Arizona in 1919 to Jesus and Mariana Sandoval, Ray enlisted in the Army and was a member of the 158th RCT, better known as the “Bushmasters”. He proudly served his country under the leadership of General Douglas MacArthur during World War II. After serving his country and returning home to the United States, he met Joyce Greenup, who he would marry and they would have three children. Ray and Joyce shared a wonderful life together with their children Ray Jr., Ricky and Susan. Ray retired from the Roosevelt School District in Phoenix, was a member of the American Legion Post 41, and a member of the Laborers Union Local 383. Ray is preceded in death by his wife Joyce and son Ricky. He is survived by sister Ruth Casas, his son Ray Jr. (Gloria), daughter Susan, daughter in law Gael and grandchildren Jessie (Lori), Corina, Johnny and Ruben. Ray also has 14 Great-Grandchildren and 1 Great-Great Granddaughter. Ray was a loving Son, Brother, Uncle, Husband, Father, Grandfather and Friend and will be greatly missed by all that knew him and will be loved eternally. Enjoy your grand celebration in Heaven. We love you Tata Candyman! Visitation will be held on Saturday, February 24th, from 10:00 A.M. to 12:00 P.M. at Whitney & Murphy Funeral Home, 4800 E. Indian School Road in Phoenix. Funeral Service will immediately follow at St. Francis Cemetery 2033 N. 48th Street, , Phoenix.

Offer Hugs From Home Condolence for the family of SANDOVAL, RAY L.