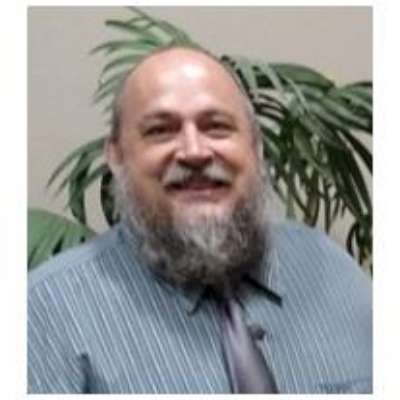 James Nicholas Sandrock was born on December 23, 1961 and passed away unexpectedly on May 21, 2017 at the age of 55. He was a native of New Orleans, LA and lived for many years in Phoenix, AZ; Valdosta, GA; Omaha NE, and for the past 10 years in deep South Texas, along with his wife of 36 years, Nancy Lee Burns Sandrock.  James was a beloved father and grandfather, who enjoyed tinkering and collecting things, fixing computers, rigging up new toys and inventing new ways to do things. Some people called him “doc” or “Mr. Fix-it”. He was a jack of all trades and had a heart of gold, always helping where he could.  A faithful Byzantine (Ruthenian) Catholic, he loved God, family, and service. He was an ACTS brother and a member of the Knights of Columbus where he was a Third Degree Knight for over 30 years. He was a champion for the Pro-life movement and 40 Days for Life, and was a frequent blood and plasma donor. His gift of himself continued even after death as an organ, blood, and tissue donor.  His family was the focal point of his life.  He was preceded in death by two brothers, John Charles, Jr and Jacob.  He leaves behind his wife Nancy, his adult children Jennifer Ball (Cory), Naomi Shimamoto (Troy), Janinne Price (Dylan), Nicholas, Joshua, Nathan (Christina), Joanna Porter (Derek), Nikki, Justin, and Jesse; two young sons, Jonathan, and Neil;  his grandchildren Jade, Brendan, Cora, Amelia, Tobias, Eleanor, Gabriel, AnnaMarie, TalaLlyn, WillowEve, MaryMay, Nathan, and Esmeralda.  He is also survived by his parents, John and Justine Sandrock, and siblings June Hanson, Jerome, Joycelyn Wansley, Judith Howard, Jean-Paul, and Jeffrey, and numerous nieces and nephews, aunts, uncles and cousins.  Visitation will be from 6:00 – 8:00 P.M. Thursday, June 1, 2017 at Whitney & Murphy Funeral Home, 4800 E. Indian School Road, Phoenix. Funeral Mass of Divine Liturgy will be at 11:00 A.M., with a Visitation beginning at 10:00 A.M., Friday, June 2, 2017 at St. Stephen Cathedral, 8141 N. 16th Street, Phoenix. Interment will follow at St. Francis Catholic Cemetery. In lieu of flowers, please consider a donation to Forty Days for Life  https://40daysforlife.com/donate/

Offer Hugs From Home Condolence for the family of SANDROCK, JAMES NICHOLAS