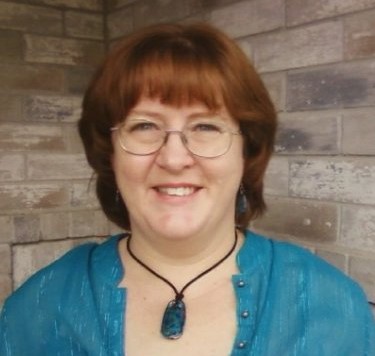 Dr. Nancy Lee Burns Sandrock, recently in Laredo, TX, but a true Phoenix native born on January 14, 1964, passed into eternity on September 9, 2019. She joined her husband James and leaves behind their children Jennifer, Naomi (Troy), Jannine (Dylan), Nicholas, Joshua (Natalie), Nathan, Joanna (Derek), Nicole, Justin, Jonathan, and Neil, as well as Hanai daughter Jesseray, and 16 grandchildren with more on the way. She is also survived by her mother, Patricia, and siblings Patrick, Rebecca, D’Arcy, and Michael, as well as their children. As a Byzantine Catholic midwife of 20+ years and a labor and delivery nurse prior to that. Nancy shepherded into the world thousands of children in Arizona, Georgia, Nebraska, and Texas. Nancy’s faithful dedication to her vocation spurred her to both spiritual and corporal works of mercy including becoming a practical resource for low income women needing maternity and well-woman care with pregnancy resource centers, opening her own home to unwed teenage mothers, and becoming a fierce advocate for life as a leader in the Pro-Life Midwives caucus for ACNM, the 40 Days for Life, and other uncounted works of charity, love, and prayer. Her indomitable spirit was unbowed, unbroken, and uninterrupted by her diagnosis with triple-negative cancer, after which she continued to expand her education and influence, graduating with her Doctorate of Nursing Practice in 2017, 2 years after her cancer had become metastatic, and teaching as a nursing instructor until the month before her death. She shared prior to her death that, rather than battling cancer, she prayerfully offered her experience as an act of redemptive suffering united with the Passion of Christ as a continual prayer for lost souls.
Visitation of remembrance will be held Sunday, September 15, 2019 from 5:00 PM – 7:00 PM at Whitney & Murphy Funeral Home, 4800 E. Indian School Road, Phoenix.
A second evening of Visitation will be held on Monday, September 16, 2019 from 5:30 PM – 6:30 PM with Parastas at 6:30 PM at St. Stephen’s Byzantine Catholic Cathedral, 8141 N. 16th Street, Phoenix.
Funeral Liturgy will be celebrated on Tuesday, September 17, 2019 at 11:00 AM at St. Stephen’s Byzantine Catholic Cathedral. Interment will follow at St. Francis Catholic Cemetery.
In lieu of flowers, she preferred to be remembered by donations to pro-life causes, unwed mothers’ homes, and TRUE healthcare for women, born and unborn.

Offer Hugs From Home Condolence for the family of SANDROCK, NANCY LEE BURNS