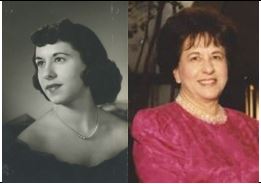 Dr. Dolores Sands, 88, went to join the Angels and reunite with her beloved husband Art on October 22nd, 2018. Dolores was born and raised in Detroit and became dedicated to education at a young age. She received both a Bachelor’s and Master’s Degrees in Nursing from Wayne State University and ultimately her Ph.D. from Arizona State University. In Detroit, she met and married Art, her husband of 55 years, and raised three children in the suburb of Grosse Pointe Woods, Michigan. The family moved to Paradise Valley, Arizona where Dolores entered the world of higher education and began her remarkable career in nursing research as a professor at Arizona State University. Recruited to University of Texas at Austin to lead nursing research, she conducted major research initiatives funded by the National Institutes of Health and was honored with numerous awards recognizing her significant contributions to advancing nursing education and practice. Ultimately, Dolores was chosen to be the Dean of the College of Nursing at UT Austin, a position she held for 20 years. There she oversaw the education and training of thousands of nurses and contributed to knowledge of many thousands more through her prolific research publication legacy. Upon her retirement in 2009, her distinguished career was honored by being named UT Austin’s first Dean Emeritus.

In lieu of flowers, donations may be made to the Dolores and Arthur C. Sands Endowed Presidential Scholarship in Nursing, University of Texas at Austin School of Nursing, Office of Development (512-471-2628), 1701 Red River, Austin, Texas 78701.

Offer Hugs From Home Condolence for the family of SANDS, DOLORES