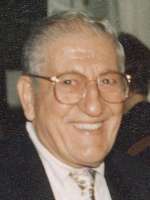 passed away peacefully on Thursday, July 14th, 2011, in Phoenix, Arizona. He was 90. Michael was born in Saint Louis, Missouri, to Anthony and Marie Sansone on April 11, 1921. He is survived by his loving wife, Karen Kolbe Sansone, his daughter Tanya Thal (James) of Phoenix, son Anthony (Alba) of Fort Walton Beach, Florida, his sister Marie of Springfield, Illinois, four grandchildren, and three great-grandchildren. He served in the Army Air Corps as a Navigator in the Pacific Theater in World War II and was recalled for service during the Korean War. Michael also served with the 302nd Air Rescue Squadron, at Luke Air Force Base, Arizona from 1960 to 1965. He was a member of the Association of Atomic Veterans; he overcame significant health issues directly related to his exposure to fallout from wartime atomic blasts and later atomic testing in the Pacific. Michael was a member of the Veterans of Foreign Wars, the American Legion, and the Air Force Association. His business career was noteworthy in that he combined his love of flying with real estate ventures. In 1958, he opened the real estate division of A. G. Edwards and Sons in Phoenix. He later concentrated his efforts on developing Eagle Roost Air Park and Valley of the Eagle in Aguila, Arizona, under his own corporation, Realty Investment Company. Eagle Roost was one of the first, if not the first, fly-in air parks in the US. Michael was a private pilot and aircraft owner. As a member of the Maricopa County Sheriff’s Air Posse, he flew numerous volunteer mercy flights and search & rescue missions for the benefit of the Sheriff and citizens of Maricopa County. The unique, rock-panel facade of the building he developed at One West Madison in Phoenix was constructed from the tailings of mines on his Aguila properties. Just prior to entering service for World War II, he met and married his first love, the former Helen Milosevich, of Saint Louis, Missouri. They were blessed with 50 wonderful years together before Helen passed away. Following the war, Michael helped his father in the produce business in Saint Louis before branching out to real estate in Phoenix. Michael requested donations to a favorite charity in lieu of flowers. He will be cremated and his ashes interned at the Jefferson Barracks US Military Cemetery in Saint Louis, Missouri. A Funeral Mass will be held on Friday, July 22, 2011 at 10:30 A.M. at St. Thomas the Apostle Catholic Church, 2312 E. Campbell Ave., Phoenix. A gathering will follow at Michael’s home.

Offer Hugs From Home Condolence for the family of SANSONE, MICHAEL