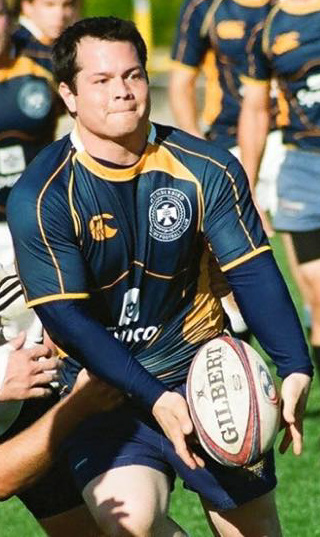 Michael Santee, age 36, of Chandler, Arizona passed away on Thursday, April 2nd, 2015 unexpectedly from a stroke caused by an undiagnosed brain tumor. Michael is survived by his mother, Alice Santee and his father, Mark Santee and stepmother, Betty Santee, his brother, Mark Santee Jr., and nieces: Amber Lee, Alisha, and Ashley, as well as his aunts, uncles, and cousins.

He was a graduate of Arizona State University in Economics, and a graduate of Thunderbird School of Global Management in Finance. He enjoyed playing football during his high school years at Brophy College Preparatory until he graduated in 1997. During his years at Thunderbird, he became a dedicated and passionate rugby player for the school’s club team and went on to join the Camelback Rugby Football Club. Michael was also a former firefighter of the 777 Handcrew out of Boulder City, Nevada – Lake Mead National Park. He spent his life being ‘a man for others’ through his commitment to family, friends and faith. A Memorial Mass will take place at Brophy College Preparatory Chapel, 4701 N. Central Ave., Phoenix, on Saturday, April 18th, 2015 at noon. Arrangements entrusted to Whitney & Murphy Funeral Home.

Offer Hugs From Home Condolence for the family of SANTEE, MICHAEL