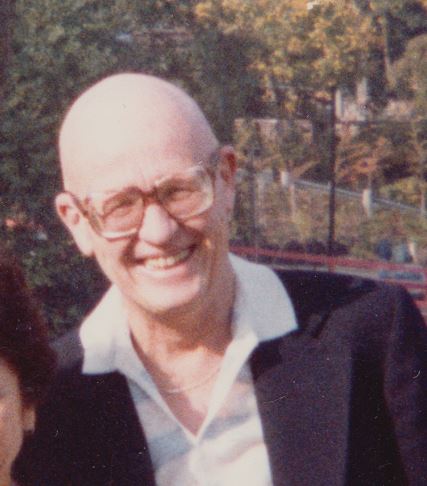 Born Monday, May 25, 1931 to Grant E. and Anne Sargent, in Seattle, WA; died on Friday, March 8, 2019 in Phoenix, AZ. Grant was a beloved husband, father, grandfather, uncle and friend. He is survived by his wife of 41 years, Gloria Ramirez, Daughter Janine Dawley, son-in-law Kris Dawley, grandkids Cole & Megan Dawley, niece Annette Casselman, and dozens of extended family members and friends across the country.
Grant grew up in Seattle, WA and enjoyed old movies, bowling, reading, a good meal out and listening to music by Charlie Byrd, Duke Ellington, Perry Como, and his favorite, Frank Sinatra. Grant proudly served in the United States Army where he was stationed in Japan. He worked at Safeway while he got his degree at the University of Washington, and later built a career working at the Internal Revenue Service, retiring after over 40 years of service.
Grant had a big heart and was always available for friends and family. He especially enjoyed watching his great-nephew, Steven Cochran, play baseball and going to family gatherings, to which he brought his infamous homemade chocolate chip cookies and crab dip. To all he tips his hat and says “Columbo.”
A Visitation will be held from 5:00 P.M. – 8:00 P.M. with a Rosary Prayer at 7:00 P.M. on March 13, 2019 at Whitney & Murphy Funeral Home, 4800 E. Indian School Rd., Phoenix. A Mass will be celebrated on Thursday, March 14, 2019 at 10:00 A.M. at St. Francis Xavier Catholic Church, 4715 N Central Avenue, Phoenix. Burial will follow and he shall be laid to rest at St. Francis Catholic Cemetery, 2033 N. 48th Street, Phoenix. In lieu of flowers, the family suggests that donations be made to Alzheimer’s Association at www.alz.org
Condolences may be expressed at www.whitneymurphyfuneralhome.com