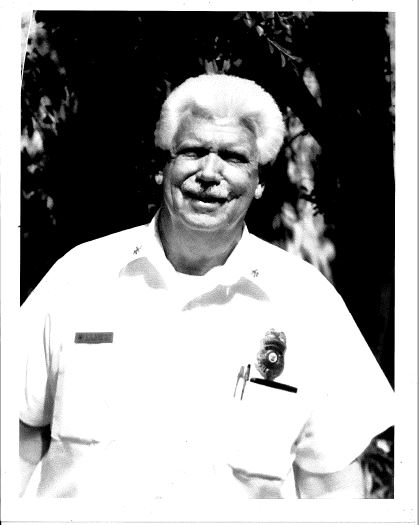 Industrious from the start, Tom made a lifelong habit of picking up odd jobs where he could pick up technical skills and use his gift for gab, including running errands for patrons of the local pool hall and learning his fair share of trick shots along the way. At 19 years old, he enlisted in the Army and worked in the Electrical Navigation Unit repairing doppler navigation systems and other communication devices. Anxious to return to the States, he soon married Beverly (Newlin) and had a son, Steven.

In 1962, Tom moved to Phoenix, where he started a television business before joining the Phoenix Fire Department in 1964. Tom took to the Fire Department like a fish to water, and would tell anyone who cared to listen how much he loved going to work. His dedication was rewarded as he quickly rose through ranks, and assumed a leadership role for more than 20 years retiring as Fire Department Assistant Chief.

In 1980, Tom married Patricia (Horton), and he became a proud father again to Thomas II (Tommy) and Matthew.

After retiring from the Phoenix Fire Department in October 1996, Tom crossed another wish off his bucket list by buying an RV and road tripping to Alaska with his family. Upon his return, he utilized his entrepreneurial spirit to purchase and flip commercial & residential real estate, run vending machines, become the proprietor of a bar and restaurant (“The louder it is, the more money folks spend.”), and buying and selling used cars. To relax, Tom and his sons spent hot summer Sundays floating the cool waters of Arizona lakes, while tethered to the back of their boat.

In March 2003, Tom married Meri Jasso, his best friend. She saw that beneath the trash-talking, loud jewelry, and tough-guy bravado, was a sweet man who never met a stranger, who helped those in need and would do anything for his family. This included spoiling their grandkids at every opportunity. When he caught grief for being over the top, Grandpa Tom’s incredulous retort was “What am I supposed to say? No?” He spoiled his beloved dogs too. A Sawyer dog lacked for nothing-especially treats.

Quick to laugh and even quicker with a joke or a story, Tom could be counted on to be the life of the party. He and Meri thoroughly enjoyed their time together going to restaurants and shows, out dancing, traveling, and laughing with family and friends. Even as his memory declined, Tom’s affection for Meri never diminished.

In lieu of flowers, please consider a donation to Hospice of the Valley or Alzheimer’s Research. Condolences may be expressed at www.whitneymurphyfuneralhome.com

Offer Hugs From Home Condolence for the family of SAWYER, THOMAS “TOM” FRANK