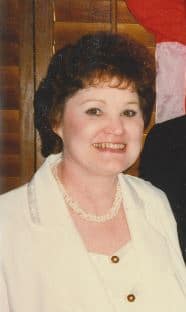 Margaret Louise “Peggy” Scalise was born to Francis and Virginia Thurston on January 30, 1945, in Phoenix, Arizona. She graduated from Camelback High School in Phoenix in 1962. She then continued her pursuit in education, graduating from Phoenix College in 1964 and from Arizona State University, with a Bachelor of Arts degree in theatre Arts (drama) in 1966.

Peggy married Dan Scalise on February 12, 1972, and they spent fifty wonderful and devoted years together, part of which time they raised two beautiful German Shepherds.

Peggy was continually learning and actively involved in whatever she set her mind to do. Her experiences and talents were interesting and varied. During her high school years, she was a member of the ROTC Rifle Team, earning a tie for second place in a city-wide .22 competition. During this time, she was also active in tennis, and continued to enjoy competing in this sport for years afterward. While at ASU, she was involved with National Collegiate Players, Homecoming Committees, Honors Dorm, News and Letter Editor, ASU yearbook, and her passion, drama. Theater was her first love. She began acting at a young age and continued through high school, college, and beyond into her working years. This included many musicals, with her favorite being West Side Story, which was a highlight for her in expressing her theatrical abilities.

After graduating from ASU, Peggy worked at various jobs, including Bank of America where she had opportunity to utilize her skills as a fraud investigator. In addition to educational pursuits and job responsibilities, Peggy’s pastimes throughout the years included reading, writing, cooking, and art.
Peggy lost her battle with heart disease on Friday, January 28, 2022, at Osborn Medical Center, in Scottsdale, Arizona, at the age of 76. She is survived by her husband, Daniel Scalise, Phoenix, Arizona; her brother, James Thurston, Phoenix, Arizona; her sister Elizabeth Mahon, Park City, Utah; her Aunt Ruth Johnston, Phoenix, Arizona; and several cousins, nieces, and nephews. Services are currently pending.

Peggy Scalise lived a productive life and will surely be missed with her many qualities, including her generous hospitality and beautiful smile that could light up a room with her friendliness and warmth.

A Celebration of Life for Peggy will be held at Whitney & Murphy Funeral Home, 4800 E. Indian School Road, Phoenix on Saturday, April 9, 2022 at 1:00 P.M. Condolences may be expressed at www.whitneymurphyfuneralhome.com

Offer Hugs From Home Condolence for the family of SCALISE, MARGARET LOUISE “PEGGY”