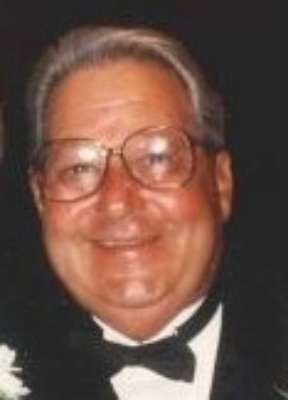 80, passed away April 27, 2016, at home, surrounded by his wife Carol and his family. Tony was born in Des Moines, IA on May 24, 1935 to immigrant parents from Italy, Frank and Mary Scarcello. In 1955, he married Lavonne Mary Kruse and they had six children. Tony spent most of his professional career in a senior sales position with 3M Company. In 1972, Tony’s work with 3M relocated his family to Phoenix, Arizona where they made their new home in the Arcadia area. Tony’s wife Lavonne died of cancer in 1982 and in 1985, Tony met and married Carol Furcolowe Scarcello. Tony retired from 3M at age 55 and enjoyed playing golf, watching his favorite teams, the Arizona Cardinals and the Arizona Diamondbacks and spending time with his family. Tony was preceded in death by his parents, his sister Rachel, his twin brother Eugene and his first wife Lavonne. He is survived by his loving wife Carol, his six children, Andrea Scarcello, Angela Tufte (Joel), Frank Scarcello (Anna), Mary Hansen (Joel), Deanna Reed (Ron) and Tony Scarcello; his five step-children, Brenda King, Mark Raimo, Sharon Ahrenberg (Doug), Leigh-Ann Levy (Carey) and Ron Sullivan and by 23 grandchildren and 14 great-grandchildren. Tony was a good husband, a good father and a good man. A Memorial Service will be held at 2:00 PM, Saturday, May 7, 2016 at Whitney & Murphy Funeral Home, 4800 E. Indian School Road, Phoenix, AZ 85018. A private interment for the family will be held prior to the service.

Offer Hugs From Home Condolence for the family of SCARCELLO, ANTHONY LOUIS “TONY”