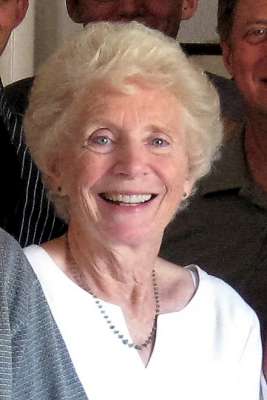 Sandra Mangan Schaffer has left a wake of people who love her. Born September 27, 1937 to Suzanne Margaret and Lieutenant Colonel Charles Stephen Mangan in Miami, Florida, her parents raised her and her brother, Charles Stephen Mangan II on Air Force bases across the United States. Sandra graduated Suma Cum Laude from Webster University in Missouri and received a Master’s Degree in English at John Carol University in Cleveland. Her first marriage was to Edgar Jascha Appelman in 1962 with whom she gave birth to her daughter, Margarita Susan Apple, and son, Owen Mark Appelman in Maryland. Sandra raised her children in Connecticut where she resided for twenty-five years while attending the Unitarian Universalist Congregation of Stamford (UUC) and worked at General Electric as a computer systems analyst. She married James Thomas Lynch in 1979. Sandra and Jim moved to Phoenix, Arizona in 1984 where they attended the UUC of Phoenix and worked at American Express as a computer systems analyst until she retired. She survived James Lynch in 2007. Throughout her lifetime she volunteered in many ways living the covenant of the Unitarian Church that “service is our prayer”. Her volunteer service in Phoenix, Arizona included the Head Start program at Booker T. Washington for twenty years as treasurer on the board of directors; Madison Heights Elementary School; UMOM at the New Day Center; the UU Service committee; and in the Ecuadoran countryside with doctors from the Tandana Foundation. Sandra married Richard Earl Schaffer in 2010 with whom she shared seven years of love. She travelled extensively. All the while Sandra left trails of people who loved, appreciated, and admired her. She succumbed to ovarian cancer after a brave five-year battle on June 19, 2017 in her home surrounded by loving friends and family. She is survived by her brother, son, daughter, three grandchildren, step-son John Stickle Lynch, three step-grandchildren, step-great-grandchildren; and her husband. A celebration of Sandra’s life will be held at the Unitarian Universalist Congregation of Phoenix, 4027 E. Lincoln Drive, on July 8, 2017 at 10:00 am. Memorial donations may be made to the Unitarian Universalist Congregation of Phoenix, Planned Parenthood of Arizona, KAET, and Hospice of the Valley.

Offer Hugs From Home Condolence for the family of SCHAFFER, SANDRA MANGAN