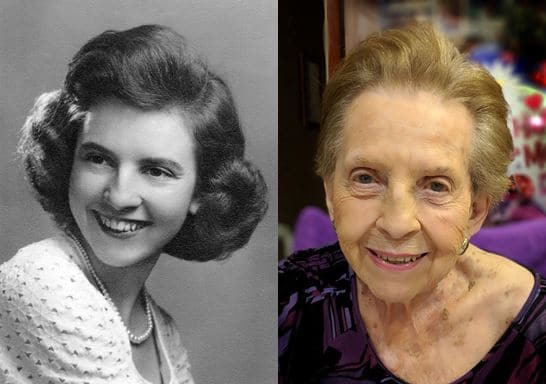 Carmen Consuelo Scharbach, died peacefully in her home on July 18, 2020. She will be a welcomed angel watching over her family from Heaven. Born on October 27, 1926 at Good Samaritan Hospital in Phoenix, Arizona to Dionisio and Maria Fernandez. Carmen attended St. Mary’s Catholic Elementary and High School, graduating in 1944. Followed by a career in administration at St. Joseph’s Hospital until the age of 25. At that time, she met and fell in love with the love of her life, Donald. Carmen met Don while volunteering at a TGA (To Get Acquainted) Dance for military personnel. They were married at St. Mary’s Basilica, and celebrated 56 years together until his passing in 2009. Her first two years of marriage were spent in Detroit, Michigan, where Donald was originally from. After two years and two babies, they moved back to Phoenix where she resided for the rest of her years. Becoming a wife, mother, and giving birth to six more children in 10 years, indicates her love and dedication for family.

Family gatherings were the highlight of her life, and many times her Spanish heritage was celebrated with a big pan of paella, Flamenco music and dancers. This was an element of her life that she was very proud of as her parents were originally from Spain. Carmen was a kind, gentle and giving soul who would converse with anyone she would meet. A person could not help but love her when they met her. She made a point to be at the birth of each of her grandchildren and had a gift of making each one feel like “her favorite”. Having great-grandchildren was a special added bonus for her. She loved music and had a great sense of humor, filling a room with laughter. She had a gift of “gab” and could talk for hours.

Carmen will join her beloved Donald in Heaven, along with her youngest child Vincent. In addition, she was preceded in death by her parents and her brother Father Gustavo Fernandez, S.J., and her daughter-in-law Victoria.

Carmen extends gratitude to both the Precious Blood Sisters and The Sisters of Mercy, who were both influential in her youth and young adult life. A legacy has been left for our family, with many memories of kindness, love, generosity, and laughter. Our sweet Mother, Grandmother and Great Grandmother was deeply loved and will be greatly missed.

“Blessed are they that mourn, for they shall be comforted” -Matthew 5:4

Private services will be held at St. Mary’s Roman Catholic Basilica. Condolences and Hugs from Home may be expressed at www.whitneymurphyfuneralhome.com

Offer Hugs From Home Condolence for the family of SCHARBACH, CARMEN CONSUELO