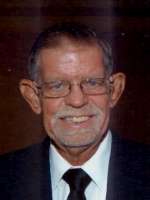 Steven Lawrence Scheer was born on November 2, 1947 in the naval hospital at New Port, Rhode Island to Cdr. Lawrence Earnest Scheer USN (Ret) and Helen Erlene Scheer. After a short battle with congestive heart failure, Steve died peacefully with his family by his side on June 9th, 2013.  He was preceded in death by his mother, Helen Erlene, and sisters, Carolyn Ruth and Marsha Lynn.  He is survived by his father Lawrence and Inez Scheer, sister Lucinda Glenn, brother Mark Scheer as well as nieces Jacquelyn Flood, Samantha Solis, Mindy Luna, Tiffany Hartfield, nephews Aaron and Andrew Glenn, along with five great-nephews and two great-nieces.  Steven was baptized into the body of Christ at St. Peters Lutheran Church in Humboldt, KS, was confirmed at Good Shepherd Home of the West in Terra Bella, CA, was trained as an usher at a young age, and continued his service to the church at Christ Church Lutheran in Phoenix, AZ.  Steve attended the day program at Perry Rehabilitation Center, and was blessed by the loving care of Tina Washington and Leroy Sowell.  In life, Steve was a loving son, brother, and uncle that will be dearly missed.  Memorial Service will be held on Friday, June 14th, 4pm, at Christ Church Lutheran on 3901 E. Indian School Road, Phoenix, AZ with a reception to follow.  In lieu of flowers, donations may be given to Good Shepherd Home of the West, 10650 Road 256, Terra Bella, CA 93270.

Offer Hugs From Home Condolence for the family of SCHEER, STEVEN LAWRENCE