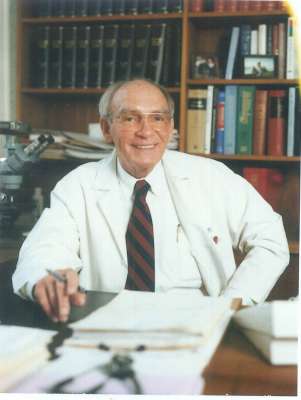 Paul Philip Scheerer, M.D. 82, of Phoenix, died on Sunday, March 27, 2016 in the comfort of his home. He was born in Fairmont, West Virginia on August 8, 1933, son of the late Ruth and Paul Scheerer. He graduated from West Virginia University and Northwestern University Medical School. Dr. Scheerer practiced hematology in Phoenix for 36 years. He was a passionate physician who loved his work and made the world a better place. His family wants to thank him for always being there. “We love him and will never forget him.” He always enjoyed his time in the sun, whether it was working in the yard, out on the tennis court or talking to friends on the beach. He is survived by his wife of 56 years, Alice and his children, Marie, Christine, Mark and John (Angela), five grandchildren, sisters Janice (Steve) and Judy (Len) and brother John. It was Phil’s wish not to have a formal service. Donations in Phil’s memory may be made to Hospice of the Valley, 1510 E. Flower, Phoenix, AZ 85014.

Offer Hugs From Home Condolence for the family of SCHEERER, PAUL PHILIP