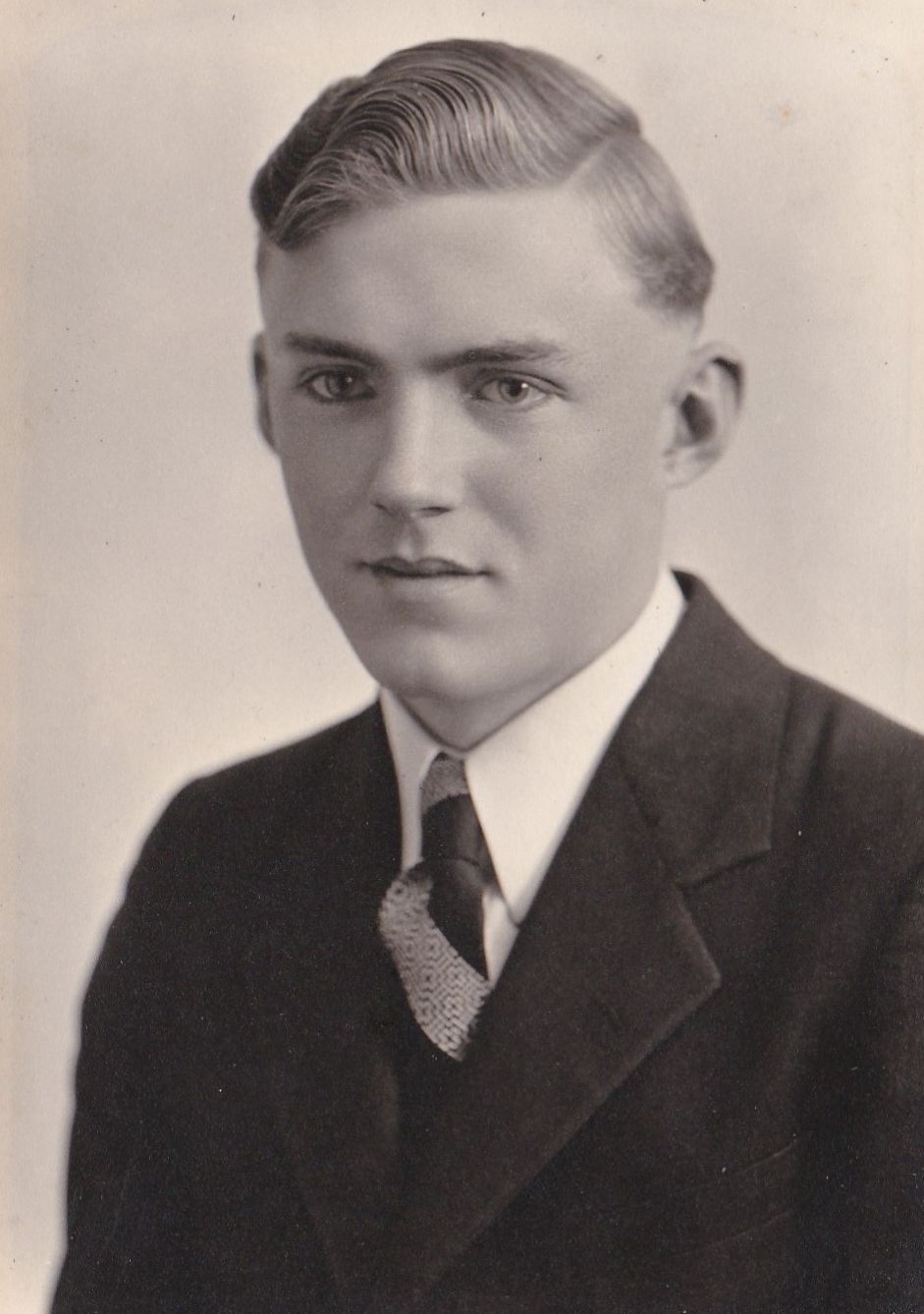 Lawrence Schleeter, age 99, died April 22, 2018 at the home of his daughter Elizabeth, in Paradise Valley, Arizona. He was born on the family farm on July 11, 1918, in McLeod county, MN, graduating from high school in nearby Brownton. He was a pilot in both the Navy Air Corps and the Army Air Corps during WWII. He married Mary Jane Timm on August 21, 1943 and together they had 3 sons and 2 daughters, who called themselves “The Lucky Seven.” Lawrence and Mary Jane raised their children in Minneapolis and St. Anthony Village, while Lawrence worked for and eventually owned in partnership the RJ Construction Equipment Company. They retired to their home on Lake Superior in Two Harbors, MN, while spending the winter months in Scottsdale, Arizona. He was preceded in death by his loving wife, Mary Jane, his brother Ellsworth, and sisters Valeria Abram, Gladys Peabody and Betty Reed. He is survived by his sons Patrick, Michael, and Daniel, daughters Mary Kay Scimone and Elizabeth Steier, 14 grandchildren and 27 great grandchildren. Lawrence was a traditional and passionate conservative who loved his family dearly, and who loved Our Lord above all. He will be missed, and may he rest in eternal peace. A Rosary prayer will be held on Thursday, April 26, 2018 at Whitney & Murphy Funeral Home.

Offer Hugs From Home Condolence for the family of SCHLEETER, LAWRENCE