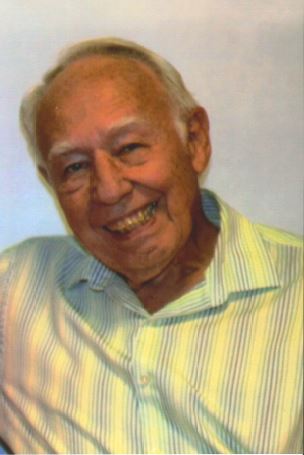 He was born on April 10, 1934 in Milwaukee, WI, to Harold and Irma Schmidt. Being educated in Milwaukee he went on to attend the University of Wisconsin, graduating with a degree in pharmacy in 1957. Prior to his graduation he married Sylvia Ann Seaver in 1956.

He began his career as a pharmacist in 1957 in Lake Geneva, Wisconsin. He reported for active duty to the U.S. Army in 1958 serving for 6 months. He was then transferred to active reserve until 1966. He enjoyed his military service but was never deployed to Vietnam.

In 1961 he moved his family to Phoenix, AZ, where they welcomed their only daughter Katherine Hope in 1965, and his family was set.

He became a member of Christ Church Lutheran in 1967 serving faithfully for 52 years. In 1971 he began, along with others, Boy Scout Troop 800 and served as their Scoutmaster up until 1987. In 1978 he received the prestigious Lamb Award, given to those who have served exceptionally in leading youth in the Lutheran Church. He led many camping and hiking expeditions but was best remembered for leading scouts in over 1000 miles of hiking trails throughout the Grand Canyon.

He served 50 years as a Pharmacist, but his true passion was history, especially the Civil War. He served as the President of the Scottsdale Civil War Round Table for 16 years in his retirement.

All Memorials given will be divided evenly between the Christ Lutheran School, Scholarship Fund and the Orphan Grain Train, Inc.

Offer Hugs From Home Condolence for the family of SCHMIDT, DUANE WESLEY