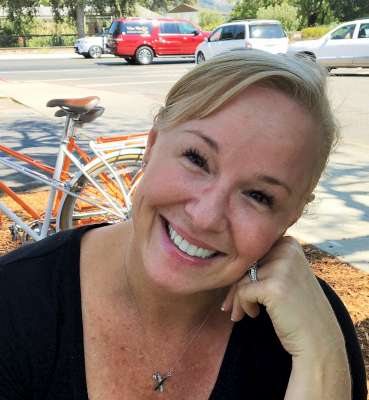 Theresa Diane Scholz, champion of kindness and kinship, passes at age of 49.

On Saturday, January 12, 2019, Teri, a loving wife and mother, passed away after an unexpected battle with cancer. Born in 1969 to a devoted mother and father, Gail and Judson Morris of Hollywood, CA. Teri grew up in Encino where she formed lifelong friendships. The Morris household was an open and loving space, and during her childhood, Teri formed two special bonds with close friends that became more like cherished siblings. At the age of 23, Teri moved to Phoenix, AZ and began her career at the Phoenix Symphony where she was able to combine her love of music with her love of people. Soon after, she discovered she had a natural talent for Public Relations, where her ability to connect with people quickly found her rising in the ranks of the Phoenix PR community. As she grew in her career, she found herself in the role of friend and mentor to many during her time with some of the most notable public relations firms in the Southwest, including: E.B. Lane, Off Madison Ave, Martz Agency, Riester, Allison+Partners, Lavidge, and her most recent firm, Zion & Zion. As a devoted wife and mother to Will and Jack Scholz and their Goldendoodle, Bear, Teri found joy in spending time with her loving family and was able to travel with them extensively over the last few years of her life. When at home in Arizona, Teri was dedicated to giving back to her community by volunteering for many local groups, including Feed My Starving Children, St. Mary’s Food Bank, and the Arizona Humane Society. Teri’s infectious smile, positive energy, and ability to make anyone feel welcome in her presence were the common threads she wove throughout her life. Teri was preceded in death by her mother, Gail Morris, in 2015 who now welcomes Teri home to eternal peace. She is survived by her husband, Will; son, Jack; father and stepmother, Judson Morris, Jr. and Cheryl Ann Barfoot; brother, Judson Morris III; stepsister, Amy Ann Potts; numerous cousins, nieces, nephews, extended family; and beloved friends. Teri has been described as one of the strongest and warmest people to bless Will and Jack’s life and will be missed by a seemingly endless number of friends and family. Details of services for a Celebration of Life will be announced early March 2019.

Offer Hugs From Home Condolence for the family of SCHOLZ, THERESA DIANE