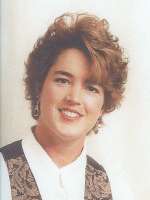 Passed away unexpectedly at her home in Phoenix, shortly after her 47th birthday on July 20th. She is survived by her father Donald Dickerman, her brother John Dickerman, her sister Julie Hall (David) her nephews Jordan Karr and Keagan Hall all of Tucson and its environs. Dena went through school in Tucson, graduating from Catalina High School in 1982. She moved to Phoenix a few years after graduation. She attended Phoenix College where she received an Associate’s Degree in Interior Design in 1991, and also completed several advanced courses in Floral Design. Dena was above all other things a compassionate, loving people person, always giving of herself. She was also an outdoor person with an unmitigating love of animals. She will be missed by all who knew her. A Memorial Service for Dena will be held on Saturday, August 6, 2011 at 11:00 A.M. at Whitney & Murphy Funeral Home, 4800 E. Indian School Rd, Phoenix, AZ. The family requests in lieu of flowers, a donation be made to Where Wolf Rescue, 30040 N. 167th Ave, Surprise, AZ 85387

Offer Hugs From Home Condolence for the family of SCHUSTER, DENA G