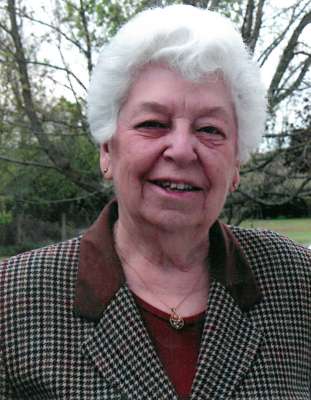 Beatrice Carle Schwab, 91, died on Thursday, April 7, 2016 in Scottsdale, Arizona. She was born on December 31, 1924 in Cincinnati, Ohio to Robert Henry and Josephine Georgia (Fischer) Carle.

During her 91 years she lived a life dedicated to service to others that was as remarkable as it was exemplary.

At a young age Bea was appointed head nurse of the Psychiatric Division of Good Samaritan Hospital of Cincinnati. Later she became a teacher, principal and school administrator for both the Archdiocese of Cincinnati and the Diocese of Phoenix. She received a personal letter of commendation from the Director of the U.S. Office of Economic Development, Sargent Shriver, for the work her students produced for the War on Poverty program. During her 26 years and one day as a Secular Franciscan she worked in various capacities for the friars of the St. Barbara Province, including Retreat Department Manager at the Franciscan Renewal Center in Scottsdale and the Nursing Director of the Provincial Infirmary at Mission Santa Barbara in California.

As was typical of Bea, even her avocations were approached as vocations. Her love of gardening, which she shared with her husband Bill, resulted in a National Landscape Institute Certification. For many years an avid quilter, one of her quilts was selected as a finalist, out of 10,000 entries, in the Great Quilts of America Contest. The team of judges included experts from the Smithsonian Institution, the New York Metropolitan Museum of Art and the U.S. Historical Society.

Bea held a wide range of academic qualifications, including a BSN from the College of Mount St. Joseph, Good Samaritan College of Nursing, RN Certification, a BA in Art Education from Edgecliff College and an MA in Pastoral Ministry from University of San Francisco.

Bea served in the Cadet Nurse Corps in WWII, a member of St. Francisco de Asis Parish of Flagstaff and Founding Minister of the Blessed Franz Jaegerstaetter Secular Franciscan Fraternity in Flagstaff.

To honor both Bea and Bill Schwab’s years of service to the Franciscans of the St. Barbara Province, donations can be made to Franciscan Renewal Center in Scottsdale, Arizona for the new Community Life Center. For further information, contact 480-948-7460.

Offer Condolence for the family of SCHWAB, BEATRICE CARLE