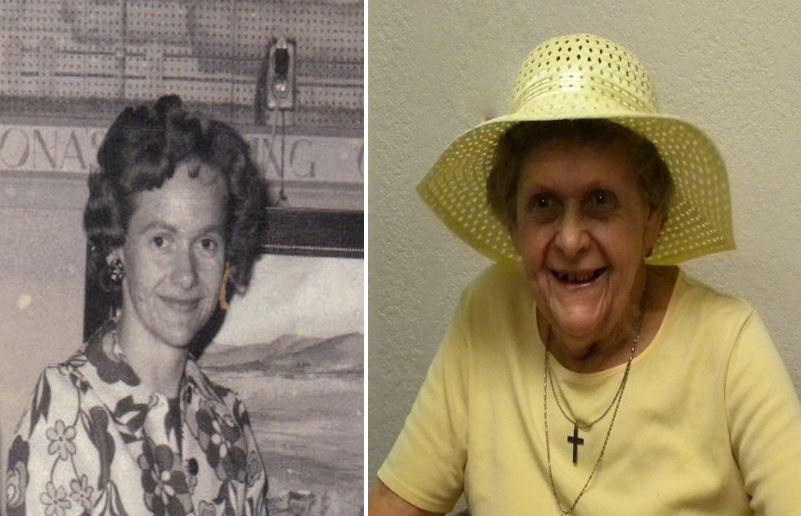 Fern Marie (Burns) Schwartz passed away on February 20, 2020, at the age of 88. She was born November 30, 1931, in Vinita, Oklahoma. She graduated from Vinita High School and attended Oklahoma Baptist University in Shawnee, Oklahoma.

Fern had the most perfect beautiful handwriting. Her Chalk and Blackboard teacher had Fern write alphabets and create learning blackboards. Penmanship was a required subject. She received good grades and sang solos in high school. Fern loved to hear good jokes.

Fern worked as a PBX Operator for the Bell Telephone in Vinita. She met Arthur G. Schwartz and converted to Catholicism. Fern married, Arthur G. Schwartz on April 21, 1951. In January of 1963, the family moved from Oklahoma to Glendale, Arizona.

Fern worked as the Receptionist for the Diocese of Phoenix, at Data Call, and as a Information Specialist at Community Information and Referral Service.
Fern was a fantastic cook and made the best apple dumplings, peach or banana fritters and cobblers. She was artistic and designed delicious cakes and made many ceramic, wooden and knitted items at Arizona Center for the Blind.

Fern volunteered her time working tirelessly collecting donations from companies, restaurants, florists, etc. obtaining donations, gift cards, event tickets, souvenir items, products, services, etc. fundraising monies for the Arizona Center for the Blind and Visually Impaired. She won a prestigious award for her volunteer charity work which was an amazing feat because she was blind.

Offer Hugs From Home Condolence for the family of SCHWARTZ, FERN MARIE (BURNS)