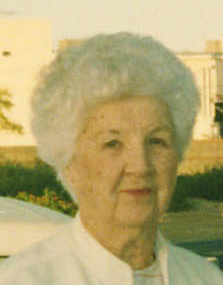 Cecelia Theresa “Celia” Scremin, a longtime resident of Chandler, celebrated her 99th birthday with her family on November 7th, before passing on November 22, 2012. Cecelia was born in Benld, IL. She met her husband, Attilio ‘Al’ Scremin in Bloomington, IL, and were married September 6th, 1937 in Lincoln, IL. They packed up and moved to Miami, FL where they owned and operated an ocean front restaurant. As Mom always said, “those were fun years serving up their fantastic chili and beer!” They had their first child, Ann, in Florida before moving to Arizona in 1940. Their other 4 daughters births followed in Arizona. They purchased real estate in Chandler in 1950 and began 49 years of owning and operating gas station franchises including Phillip 66, Enco, Mobil, and Exxon, on that real estate, as well as purchasing apartments they named in memorial of their daughter, Linda. They also owned and operated Jet Village Rentals where many ‘snowbirds’ enjoyed the lovely winters in Arizona. Cel and Al also established the first U-Haul Dealership and the first automatic/self-service car wash in Chandler. Cel and Al were very active members of St. Mary’s Church in the early years of residence in Chandler. Cel was a member of the Catholic Daughter’s of America. Cel and Al were lifelong partners in business as well as celebrating 65 years of marriage before Al passed in 2003. Cel and Al were examples to their family of what could be accomplished with a strong work ethic. For most of their lives together, they worked 7 days a week.
They leave behind daughters, Elizabeth ‘Ann’ Murray (Don), Patricia Barr (Richard), and Mary Oertle (Kent); nine grandchildren and nine great-grandchildren, and her loving sister, Sandi Boyer, and many nieces and nephews. Cel was preceded in death by daughters, Linda and Terri. A Rosary and Visitation will be held Friday, November 30th at 9:00 a.m. at Whitney & Murphy Funeral Home, 4800 E. Indian School Road, Phoenix. A Funeral Mass will follow at 10:30 a.m. at St. Thomas the Apostle, 2312 E. Campbell Ave., Phoenix. Private interment at Valley of the Sun Memorial Park in Chandler, Arizona on Monday, December 3rd.

Offer Hugs From Home Condolence for the family of SCREMIN, CECELIA THERESA “Celia”